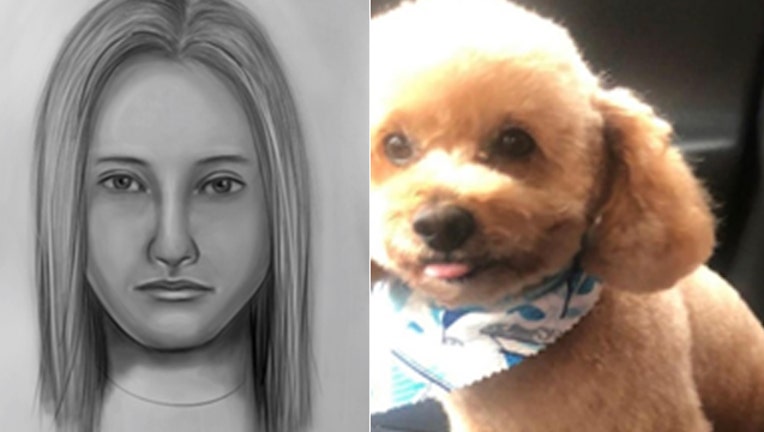 NEW YORK - Police on Long Island are looking for a woman accused of killing an emotional support dog in a hit-and-run incident.

Suffolk County Police say it happened on April 23, 2021, in Selden.

A woman was walking with her dog, Romeo, on Pine Street. when a dark-colored SUV hit the toy poodle, killing it.

The owner reached into the driver's vehicle and attempted to stop her but the driver took off.

Police released a sketch of the woman.  She is described as white with blond shoulder-length hair and in her 30s.