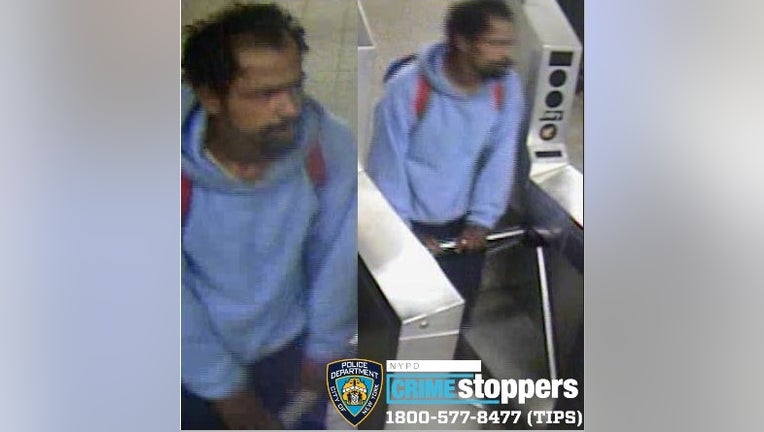 Police have arrested a suspect who allegedly pushed a woman onto the subway tracks in Times Square.

NEW YORK - A man is in custody after allegedly pushing a woman onto the subway tracks in Times Square.

The incident occurred at 42nd Street and Seventh Avenue at about 9:41 a.m.

Police say the 28-year-old woman injured her hand after she was pushed from the platform and onto the tracks of the northbound N, Q, and R line.

A woman suffered an injury to her hand after she was shoved onto subway tracks.

The suspect had been described as a medium-skinned man in his 40s, standing 5’8” tall, wearing a light-blue hooded sweater, dark pants and was carrying a red book bag.

Police are searching for the person who pushed a woman onto the tracks on the N, R, Q line.