A woman running on a path in Hudson River Park was attacked and sexually assaulted.

NEW YORK - The NYPD has released new surveillance photos of a man they say choked and sexually assaulted a woman who was jogging in Manhattan last month.

According to authorities, the victim, a 39-year-old woman, was jogging along the path at Pier 40 just after 6 a.m. on March 27 when the suspect approached her on a bicycle.

The man then pushed her to the ground and began to choke her, before sexually assaulting the woman and stealing her cellphone. 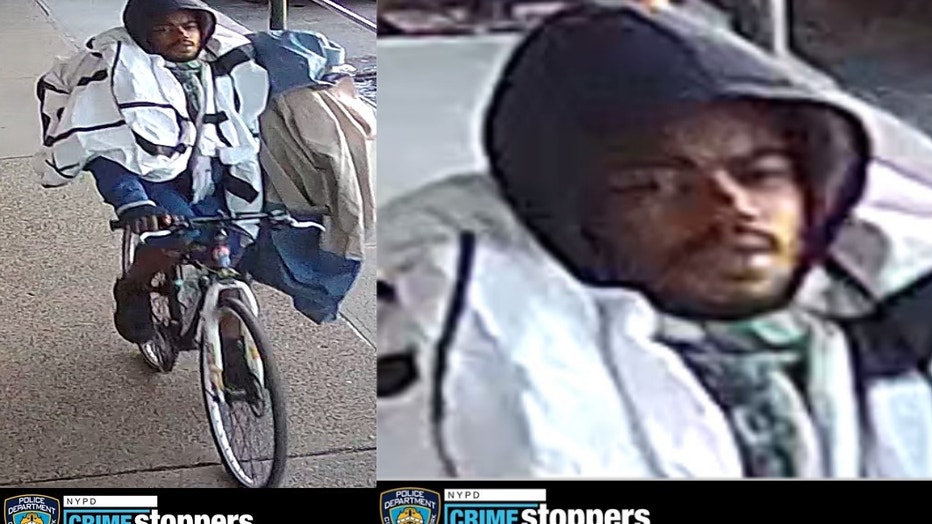 Police say the man then got back on his bike and fled in an unknown direction.

The victim was taken to a nearby hospital for evaluation. She suffered bruising and pain.

Police have released surveillance photos of the suspect. He is described as a man, wearing a beard, approximately 5’ 9" and 180 lbs., dark complexion, 20-30 years of age, last seen wearing dark clothing.

Anyone with information in regard to the identity of this male is asked to call the NYPD's Crime Stoppers Hotline at 1-800-577-TIPS (8477) or for Spanish, 1-888-57-PISTA (74782). The public can also submit their tips by logging onto the Crime Stoppers website at WWW.NYPDCRIMESTOPPERS.COM, or on Twitter @NYPDTips.