A woman running on a path in Hudson River Park was attacked and sexually assaulted.

NEW YORK - A woman running on a path in Hudson River Park in Manhattan was attacked and sexually assaulted.

The horrific attack took place around 6 a.m. on Sunday.  The 39-year-old woman was on a running path at Pier 40 near Clarkson St. and West St. in the West Village.

A man on a bike rode up and pushed the woman to the ground.  The NYPD says he then began to choke her and sexually assaulted her.

The man then stole her phone and took off on his bicycle.

EMS took the woman to a hospital for evaluation. She suffered bruising and pain.

Police say the attacker had a beard, was approximately 5’9", 180 lbs., had a dark complexion, and was between 20-30 years old.  He was last seen wearing dark clothing.

The NYPD released surveillance video of the man they are looking for that was taken from the area of West St. and Charles Lane before the incident. 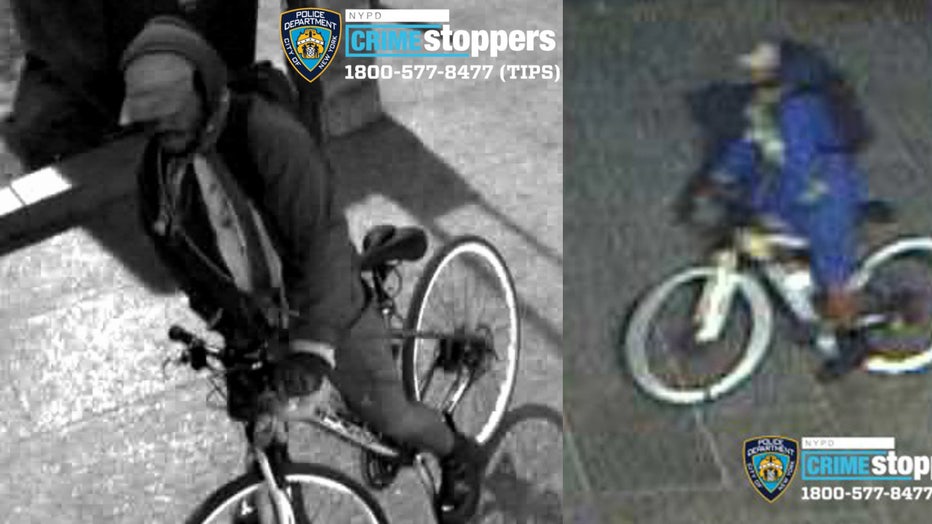