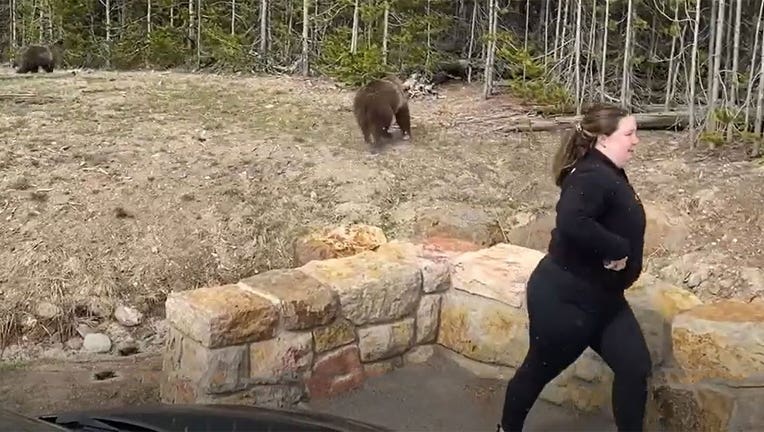 NEW YORK - An Illinois woman faces criminal charges after she was captured on video being bluff charged by a grizzly bear while she was taking photos in Yellowstone National Park.

Samantha Dehring was among a small group of tourists who spotted the female grizzly and her two cubs on May 10 in the Roaring Mountain area of the park.

Witnesses said they told Dehring to get back when the bears got close, but she stood her ground.

She didn't move until the grizzly came after her.

Park regulations require visitors stay at least 300 feet away from bears and wolves.

Park officials posted a photo of the woman along with a plea for tips that could help identify her.

Investigators got a warrant to search Dehring’s social media posts after receiving a tip from someone who had seen a posting of the video with her name tagged.

She faces charges of feeding, touching, teasing, frightening or intentionally disturbing wildlife and violating closures and use limits.

Dehring is due in court on Aug. 26. She has not yet entered a plea.