A woman dressed as the Statue of Liberty vandalized the Black Lives Matter mural in front of Trump Tower on Sunday.

NEW YORK - The Black Lives Matter mural in front of Trump Tower in Midtown Manhattan was vandalized once again on Sunday.

Police say Juliet Germanotta, who had dressed up as the Statue of Liberty, smeared pink paint all over the mural. This is the third time Germanotta has vandalized the mural.

She is facing criminal mischief charges. 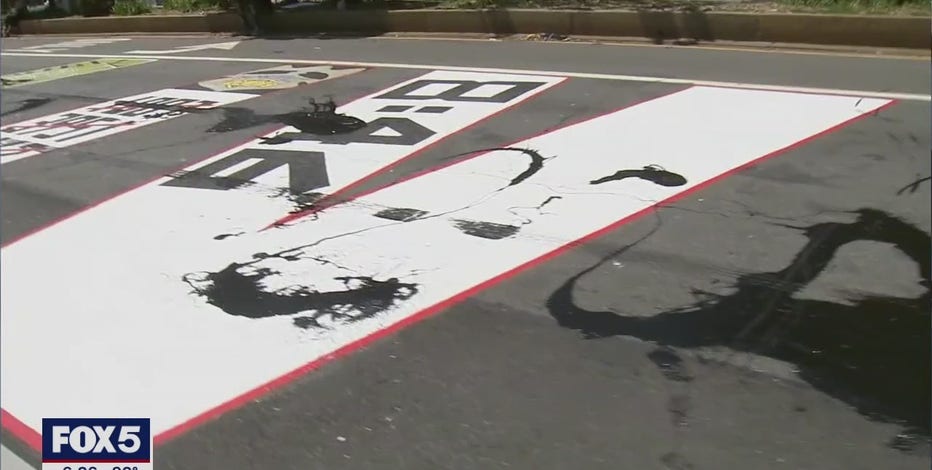 The mural has been vandalized several times since it was painted, once by a woman who smeared black paint across it in July, and again in June by a man who threw red paint on it.