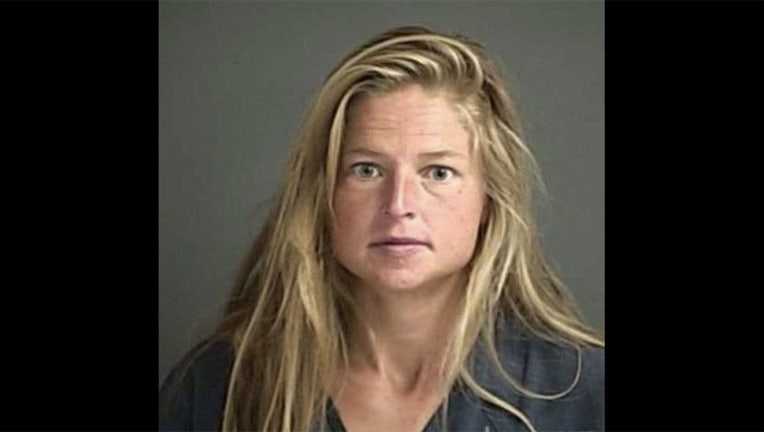 NEW YORK - A California woman charged with starting a large, destructive wildfire claimed it started by accident while she was boiling bear urine to drink.

The Shasta County District Attorney detailed the charges against the Palo Alto woman who they say sparked the Fawn Fire.

District Attorney Stephanie Bridgett said Alexandra Souverneva, 30, a self-described "shaman", was stopped by Cal Fire coming out of the brush after the fire started with a lighter in her pocket.

Fire crews were tipped off to Souverneva after people in the area reported seeing a woman trespassing and acting erratically. Firefighters later said she appeared dehydrated and needed medical attention.

Firefighters said the foreman at a quarry asked her to leave and she was seen running off into the hills near where the fire started. Cal Fire investigators said she dropped a CO2 cartridge and AA batteries on the ground.

Later that afternoon, fire crews were dispatched to a vegetation fire on the same property.

Souverneva was later interviewed by officers and then arrested on arson charges.

According to court documents, she said that she was trying to get to Canada and had become thirsty.  She said she found a puddle of water in a dry creek bed.  She said the water contained bear urine and tried to filter the water with a tea bag.  She said that didn't work so she attempted to make a fire to boil the water.

She stated it was too wet for the fire to start.  She said she drank the water anyway and then continued walking uphill from the creek bed.

Souverneva graduated from Palo Alto High School in 2009, according to Palo Alto Online. Her LinkedIn states she has experience in chemistry and graduated from CalTech in 2012.  She described herself on the page as a "shaman," and said she was a yoga instructor and divemaster.

Named the Fawn Fire, the blaze has destroyed more than 180 homes and other buildings in an unincorporated area north of the city of Redding.