The NYPD said cops have arrested the woman seen in this video. She allegedly made anti-Jewish comments to a child and then spit on him.

NEW YORK - Police have arrested a Brooklyn woman who is accused of making anti-Semitic comments to some children and then spitting on one of them.

Authorities charged Christina Darling, 21, with aggravated harassment as a hate crime, menacing as a hate crime, and three counts of acting in a manner injurious to a child, the NYPD Hate Crime Task Force announced.

Police said Darling went up to an 8-year-old boy who was standing on the sidewalk with two other children on Avenue P in the Marine Park section last Friday and made hateful comments and spat on an 8-year-old boy. The New York Post reported that she allegedly told the children, "Hitler should have killed you all. I'll kill you and know where you live."

The woman then walked away.

The NYPD didn't provide details on how cops tracked her down. 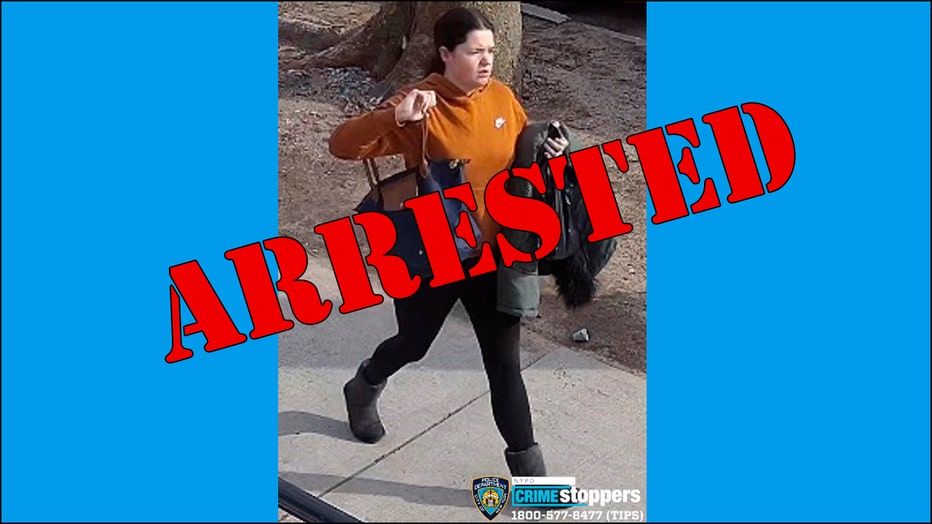