A 31-year-old woman was killed when police say a man armed with two metal pipes walked up behind her at an Old City office building and bludgeoned her. Philadelphia Police Chief Inspector Scott Small said the woman, a New Jersey resident, was struck in the head at least 5 times. The suspect, who police say rents office space on the same floor as the deadly beating, was captured by police.

PHILADELPHIA - Investigators say a woman was sitting in the reception area of an Old City office building when a man armed with metal pipe walked up behind and beat her to death.

The brutal bludgeoning happened on the eighth floor of an office building on the 300 block of Chestnut Street just after 2 p.m., according to police.

Philadelphia Police Chief Inspector Scott Small told reporters that the Stepien also rents office space on the eighth floor. It's believed that the Stepien and the Maag knew each other and had argued in the past.

Officers from the Philadelphia Police Department responded to the building after several 911 calls were placed during the deadly beating. Small said the Stepien was getting off the elevator covered in blood and carrying a bag with 2-foot long bloody metal pipes inside when police arrived. 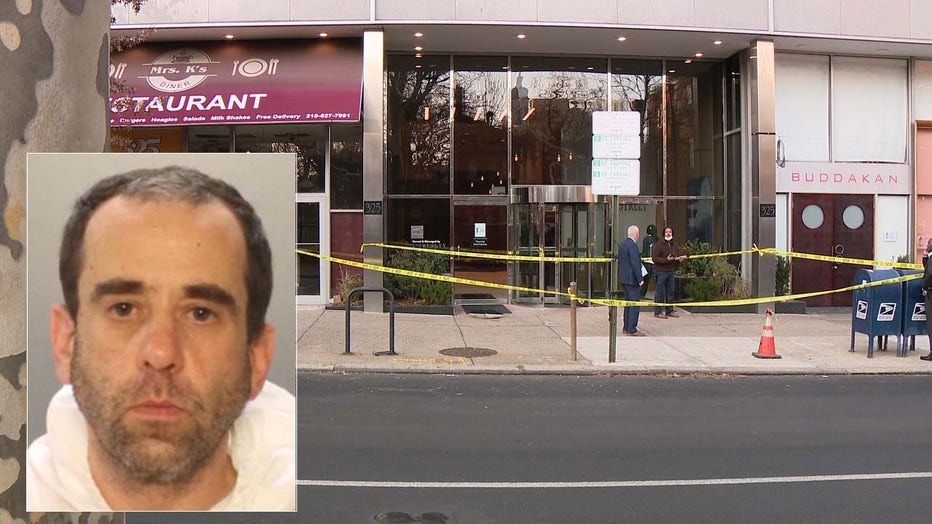 Jeffery Stepien, 49, has been charged with murder in the death of 31-year-old Samantha Maag.

He was arrested and positively identified as the perpetrator by several people who witnessed the attack, Small said.

Maag, who was described by coworkers as a "team leader," was struck at least 5 times in the head, according to police. Small said she also had defensive wounds to both of her hands and arms.

The victim was taken to Jefferson Hospital where she died shortly after her arrival.

Small said the beating was witnessed by several people which lead to at least 15 911 calls.