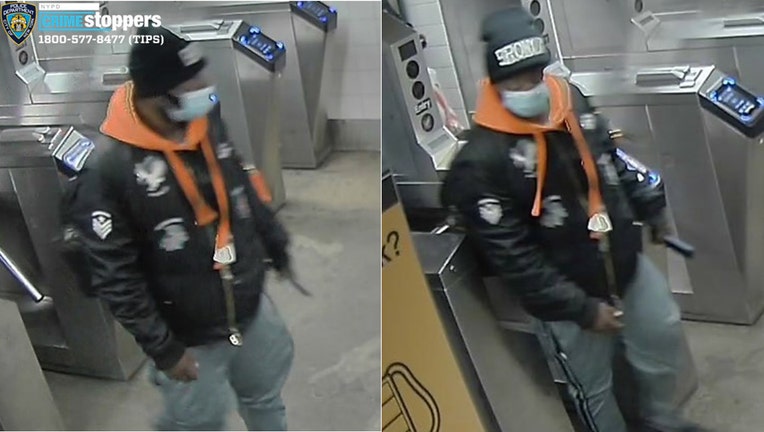 NEW YORK - A stranger with a sock full of coins attacked a woman riding the subway train with her child.

The NYPD says it happened on a northbound 6-train as it entered the Hunts Point Ave. subway station in the Bronx.  The incident took place at about 3:45 p.m. on Feb. 25, 2021.

A 45-year-old woman was riding the train with her 8-year-old son when the man kicked her in the foot and then hit her in the head with the sock full of coin.

The woman suffered a cut to her head and EMS took her to Lincoln Hospital for treatment.

The man took off before the police arrived.  Photos of him were released in hopes that someone would help recognize him.  Police asked anyone with tips to call Crimestoppers at 1-800-577-TIPS.  They say all calls are kept confidential.