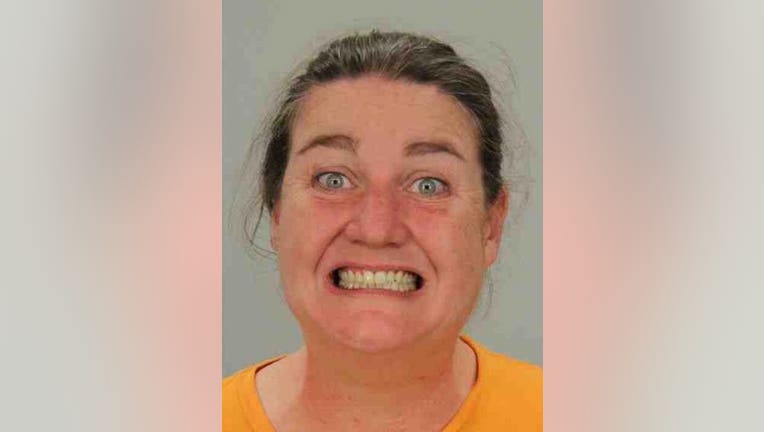 NEW YORK - An Oregon woman seen smiling in her mugshot was arrested for assaulting her boyfriend after he left her dog out in the rain, said the Coos County Sheriff's Office.

Melissa Morris, 38, of Myrtle Point, Oregon sported a wide grin in her arrest photo that police shared on Jan. 2.

Morris, who was arrested on New Year's Eve, told police she punched her boyfriend in the face.

Morris' boyfriend called police to report that he had been struck two times.

Responding officers said he had a marble-sized welt and scatch marks over his right eyebrow.

Morris was charged with domestic assault