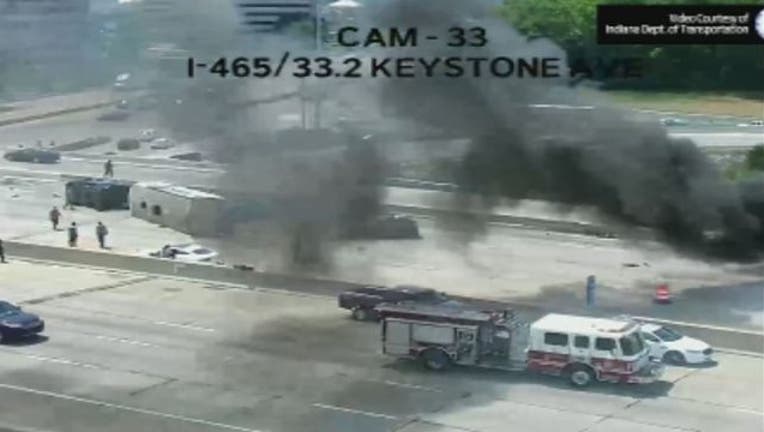 INDIANAPOLIS (AP) — Authorities say a woman and her 18-month-old twin daughters died in a fiery, seven-vehicle crash on an Indianapolis freeway.

Indiana State Police say the crash happened about midday Sunday on eastbound Interstate 465. A preliminary police investigation has revealed that a semi tractor-trailer hit the back of a line of vehicles backed-up in traffic due to construction. The first car struck caught fire.

Police said in a statement that 29-year-old Alanna Norman Koons and her daughters, June and Ruby Koons, of Indianapolis died in that vehicle.

Police say the semi driver, 57-year-old Bruce Pollard of Sturgeon, Missouri, was speeding. He was arrested on preliminary charges including reckless homicide. Court records Monday don't list a lawyer who can speak on his behalf.

Police say seven others were hospitalized in the crash.