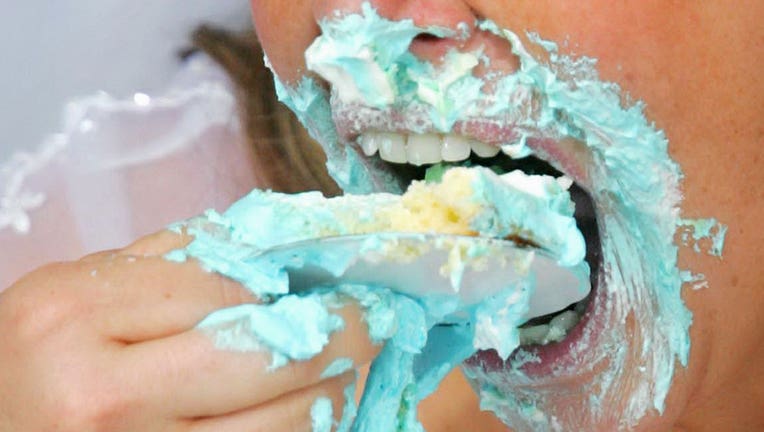 NEW YORK - A 60-year-old woman reportedly died after she choked and had a seizure during a Lamington eating contest in Queensland, Australia.

Local media reports that the woman was part of a large crowd participating in an Australia Day tradition when the tragedy occurred.

The contest, consisting of who could eat the most cube-shaped sponge cakes coated with chocolate and coconut flakes, was held at the Beach House Hotel in Hervey Bay on Sunday.

The woman was rushed to a local hospital where she died.

Police were investigating her death, but local media reported that it did not seem suspicious.

The hotel shared their condolences on Facebook as did the bakery that supplied the cakes.

"The management and staff of the Beach House Hotel offer our deepest condolences to the friends and family of one of our patrons following the tragic event at our venue on Australia Day. We acknowledge and thank our supportive patrons, staff, and the Queensland Ambulance Service for their prompt and professional response while this tragic incident was unfolding. The hotel staff have been offered professional support while our thoughts firmly remain with the family at this challenging time."

"We are deeply saddened by the tragic incident at the beachouse hotel yesterday. Our heartfelt condolences go out to the family," wrote Top of the Bay Bakery.