CLEARWATER, Fla. - The Clearwater Marine Aquarium says Winter the dolphin is in critical condition during an ongoing battle against an infection.

Despite treatments and around-the-clock monitoring, the aquarium says Winter has taken a turn for the worse. 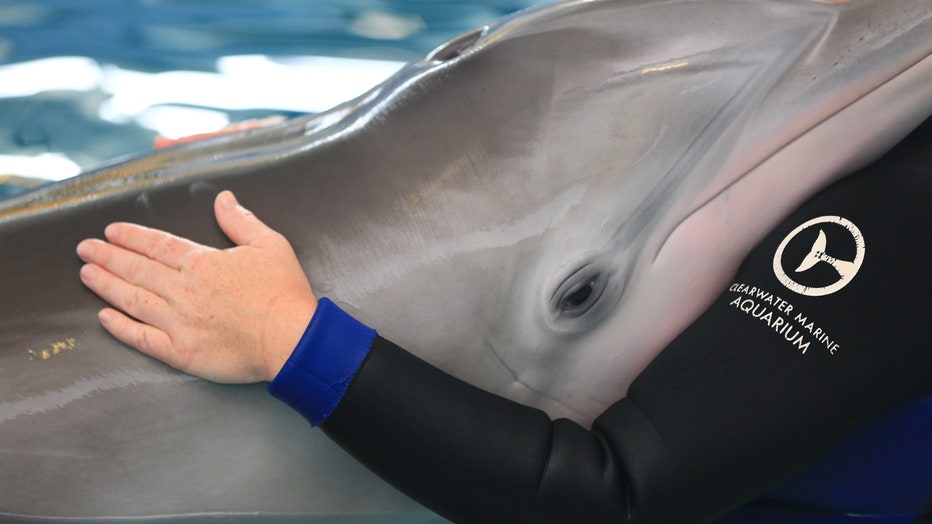 In a release to the media, CMA said its priority is "providing the best possible care to all rescued and resident animals."

"The dedicated CMA animal care experts are consulting with top animal care and veterinary specialists in the country and exploring all possible options to save Winter’s life," CMA said.

Staff at Clearwater Marine Aquarium first noticed something was wrong last Monday when they say winter wasn't acting like her normal self and wasn't interesting in eating.

Winter is a well-known fixture in the Tampa Bay area. She was the star of the 2011 movie "Dolphin Tale."

She first came to the aquarium in 2005 after getting entangled in a crab trap and losing her tail.

Since 2007, she's had a prosthetic tail which is a comfort to people who also have prosthetic limbs.

Winter is being watched around the clock by veterinarians monitoring how she's doing. Staff says as soon as they have any updates, they will pass them along.

CMA says In order for staff to provide proper care for Winter, Clearwater Marine Aquarium will temporarily close to the public Friday, November 12, with plans to reopen at 10 a.m. on Saturday, November 13. CMA says it will be open to the public Thursday.

"On behalf of the CMA staff and Winter’s care team, we thank everyone for the incredible outpour of love and support you have shown Winter since her rescue in 2005 and especially these last few days. Many are inspired by her resiliency and this amazing response reminds us of how deeply she has affected millions, including so many on their own health journey," CMA said.