WASHINGTON - As more voters have opted to cast their ballots by mail this year amid the coronavirus pandemic, election officials have stressed that full results for the presidential and down-ballot races may not be known on election night — but that doesn’t mean something has gone wrong.

The country has experienced a record amount of early voting due in part to the COVID-19 outbreak. With 24 hours to go before Election Day, more than 95 million Americans had already voted in the 2020 presidential race.

But experts say mail ballots take longer to count. Election workers must remove the ballots from their envelopes, check for errors, sort them and flatten them — all before they can be run through scanners the moment polls close and be tabulated.

“I think that we should prepare ourselves for the possibility — I think there’s a realistic possibility — that we’re not going to know all of the results on election night, and possibly including the presidency, but that’s okay,” Commissioner Ellen L. Weintraub with the Federal Election Commission said in August.

“It’s going to take a while,” she added. “There are some states that are very used to it and will be able to count up all the votes very quickly. Other states are not used to having that level of absentee voting.”

And despite repeated claims from President Donald Trump that mail-in voting leads to widespread voter fraud, Weintraub said that incidents of this occurring are “infinitesimal.”

A total of 34 states and the District of Columbia allow voters in the weeks before an election to request absentee ballots, according to the National Conference of State Legislatures (NCSL), a bipartisan organization established in 1975 to serve the members and staff of U.S. state legislatures.

Five of those states — Colorado, Hawaii, Oregon, Utah and Washington — currently hold their elections almost entirely by mail. Other states made it easier to request absentee ballots for 2020 elections, in large part due to the pandemic.

Depending on state law, ballots may continue to arrive up to and even after Election Day, so it can take days before election officials are able to accurately count all ballots. Final results are typically not official until a week or two after the election, as states need to examine provisional ballots and ballots coming from military or overseas voters too. 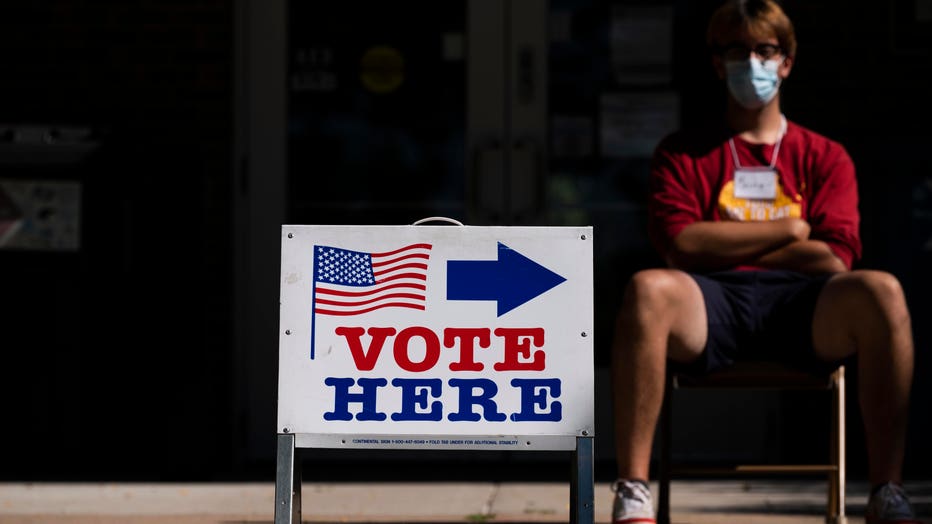 An election judge directs voters outside a polling place in the Pearl Park Recreation Center on Aug. 11, 2020 in Minneapolis, Minnesota. (Photo by Stephen Maturen/Getty Images)

Washington Secretary of State Kim Wyman, a Republican who oversees the state’s mail-in voting process, said they receive a “significant amount” of postmarked ballots after Election Day, which are still valid and processed — making the returns slower.

“I think this is going to be a trend you’re going to see nationwide,” Wyman said. “It is normal. It’s just trying to make the process accurate, and that doesn’t mean that there’s any kind of fraud or tampering going on.”

Some jurisdictions don’t even allow local officials to start the count until after the polls have closed. And given the anticipated amount of mailed-in ballots this year, exit polling on Election Day could also be misleading.

“If you’ve got a jurisdiction where 75%-80% of the population is voting absentee, what good does it do you to show up to the polling stations to try and do exit polls? You’re going to get such a small sample that it may come to an entirely wrong conclusion,” Weintraub explained. “So the exit polling is probably going to be off, and the media is not going to have a lot of information on which to make their calls.”

FEC Commissioner Ellen Weintraub discusses the possibilities and reasons behind why there may be a delay in election results.

Weintraub stressed the importance of allowing election officials to do their jobs and count all votes in order to get the most accurate result.

“Make sure they’re all valid, do all the checking that they need to do. And at the end of whatever period of time it is — I’m not going to make predictions on that — we will have an accurate result and we’ll know who won,” Weintraub said.

“It’s going to be frustrating but that’s what we’re going to have to do in order to make sure that everybody’s vote counts,” she added. “We all want to know right away. We are used to instant gratification.”

Election results could come in sooner than anticipated if there is an overwhelming vote for one candidate versus another, Weintraub said. But if it’s a close race, then we’re just going to have to wait.

“It’s more important to get it right than to get it fast,” Weintraub said.