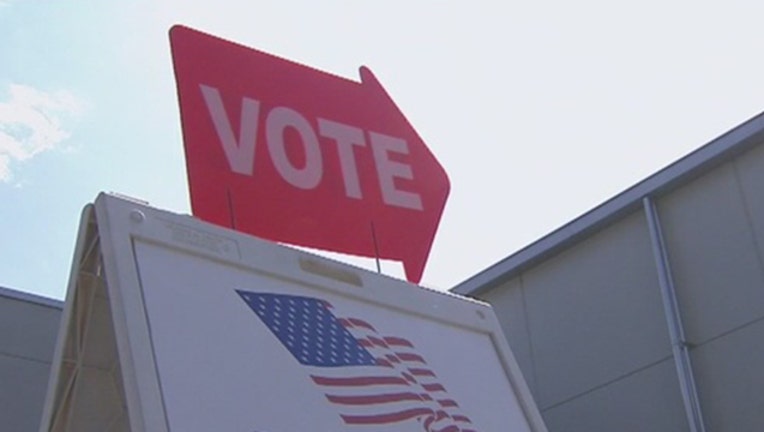 DAVENPORT, Fla. (AP) — When Martha Santiago moved to Polk County, Florida, from Puerto Rico in 1979 to teach in one of the county's first bilingual schools, there were two certainties.

One was that oranges were an economic engine in the county that is wedged between Tampa and Orlando. The other was that orange picking and other agricultural labor was done mostly by undocumented workers from Mexico.

Forty years later, Santiago is now Polk's first Hispanic county commissioner. The fragrant citrus blossoms have been replaced by sprawling stucco subdivisions, and the Hispanic registered voter population in Polk County has boomed, with Puerto Ricans -- who are U.S. citizens -- driving the increase.

That transformation is a clear measure of the change in number, and the change in character of Florida’s Hispanic vote. One of the most important issues in the 2020 election will be whether those changes will ratify Florida’s status as a swing state and show the power of the Hispanic vote in Democratic politics or affirm the presidency of Donald Trump.

“In Puerto Rico, politics are very important for the people. It's the number one thing people talk about,” said Santiago, a Republican who supports Trump.

Traditionally, Puerto Ricans on the mainland have been considered stalwart Democrats. But as Santiago proves — and as shown by the unexpected Puerto Rican support of Rick Scott in the 2016 U.S. Senate race — such generalizations may not hold in 2020.

“That’s one of the big questions that everyone wonders about Florida: what impact will the Hispanic vote have?” said Jens Manuel Krogstad, an analyst at the Pew Research Center who studies the political engagement of Latinos in the U.S. “What is the Hispanic vote and is there a Hispanic vote? I say that because Hispanics are diverse in a lot of ways, including in their political views. Especially in Florida.”

The Trump campaign is aggressively courting the Hispanic vote, especially religious conservatives, in Florida. Vice President Mike Pence will visit central Florida next week, and Trump held a rally January 3 at a Latino megachurch in the state.

Democratic candidates have been focused on early voting states and have not campaigned heavily yet in Florida. But Democratic-aligned voter registration group have been blanketing Polk County, and the I-4 corridor, hoping to sign up tens of thousands of new voters.

On a recent December day, Maria Jose Chapa of the Hispanic Federation stood inside an old arcade mall in downtown Haines City, holding one end of a red ribbon. Her team of a half-dozen people clustered around the ribbon, with another organizer from the group holding the opposite end of the ribbon.

“Cortalo," she said, to applause. It's Spanish for cut it, and a woman snipped the ribbon with scissors.

It was the opening of the Hispanic Federation's Polk County voter outreach office, but they'd already been on the ground prior to the ribbon-cutting. Between Nov. 18 and Dec. 10, the group had registered 915 voters at bodegas, libraries and outside of government offices. Their goal: 1,500 by the end of the year.

Chapa, who is Mexican, commutes west to Polk from Orlando. She's taken note of Puerto Ricans who have registered recently — many have moved to Florida since Hurricane Maria devastated the island in 2017. Some first moved to the Orlando area, but are headed to Polk to settle down. An estimated 400,000 Puerto Ricans moved to the mainland after Hurricane Maria ripped through the island.

“It makes sense because housing's cheaper,” she said, grabbing an orange clipboard and a stack of voter registration forms.

An hour later, she stood outside the Polk County Tax Collector's office. With a big smile, she asked those walking out of the office if they were registered to vote in both English and Spanish.

More often than not, people responded in Spanish. Many said they'd already registered to vote, while others paused and reached for the clipboard, saying they needed to update their address.

Chapa signed up another Puerto Rican on the day she opened the federation's field office. David Serrano, a 49-year-old laborer, grinned when asked about Trump while filling out his change of address form.

“I hate people who hate people,” he said. “He's not my type of person.”

He said he will be voting in the 2020 election, and Chapa pointed out that he was registered as NPA — no party affiliation, which means that because Florida's a closed primary state, he won't be able to vote in the primary unless he changes his party affiliation. NPA voters can cast ballots in the general election.

Serrano said he'd deal with it later and walked off.

According to the Florida Secretary of State, there were about 107,600 newly registered Hispanic voters in 2019. A majority — 46 percent — were registered as NPA. Thirty-three percent registered as Democrats, and 18% as Republicans.

Chapa is concerned about those voters; she said she sees lots of Puerto Ricans registering as NPAs, which means predicting which way those voters will lean in a hotly contested year is virtually impossible.

“They can't fully participate in the process,” she said, shaking her head. “That affects the election.”

Maria Morales, a 56-year-old teacher, was one of those who changed her address with Chapa. Morales recently moved from Orlando to the small Polk County community of Davenport. She's Puerto Rican, and came to the mainland four years ago. When she speaks of the hurricane and what her grown son went through in the aftermath, her voice cracks.

“He said, Mom, get me out of here,” she recounted. Many settled in Florida, including Morales' son.

When asked about Trump's handling of the hurricane — he was highly critical of Puerto Rico’s government, saying it was corrupt — and whether it would affect her vote in 2020, Morales shrugged.

Morales voted for Trump in 2016, and thinks he's done a good job with the economy. She also “kind of agrees with him” on the issue of Puerto Rican corruption. However, she's open to voting for a Democratic candidate. Trouble is, she can't quite identify who's who in the crowded field.

“Biden?” she mused. “Is that the old man with the gray hair?”

Florida Democrats have vowed to register 200,000 voters before the 2020 primary, and said in March that they would spend $2 million on the effort. Former gubernatorial candidate Andrew Gillum, a Democrat, created a new group called Bring It Home Florida, and aims to register a million voters.

It's unclear how much Republicans will spend on vote-getting efforts. But according to the Florida Division of Elections, between January and September 2019 (the latest month data is available), Republicans registered a net 23,084 new voters in the state, compared to 10,731 Democrats.

Daniel Smith, the chairman of the political science department at the University of Florida, said there have been some key differences in Puerto Rican voting patterns compared to other Hispanic groups.

Compared with other Hispanic groups in Florida, Puerto Ricans have weaker voter turnout. He analyzed Florida precincts that had at least 100 Puerto Rican-born registered voters who voted in the 2016 general election.

In 2018, Puerto Ricans voter turnout was soft, which distressed Democrats.

Former Gov. Rick Scott ran for Senate in that year. He visited the island multiple times after Maria, and his careful attention to the island seemed to pay off. Analysis of some heavily Puerto Rican precincts in Osceola County showed that Scott secured hundreds more votes than fellow GOP candidate Ron DeSantis, who was running for governor the same year.

Said Chapa: “Hispanic voters are not a monolith. We're not all Democrats.”