JPMorgan Chase has raised the annual fee for the Sapphire Reserve, the bank's premium and popular rewards credit card. The fee is now $550, an increase of $100. The bank is offering some new perks to appease and attract cardholders.

Chase, Capital One, Barclays and other issuers are offering credit cards that reward you handsomely for things like meal delivery, grocery delivery or ride-hailing services. After all, such services have become popular spending categories.

But experts say such rewards are designed to get you to use those credit cards more freely, meaning the convenience you enjoy can come at a cost, whether in terms of money or time. To protect your budget, you can closely track your spending, limit the number of apps linked to your credit cards, and cancel subscription services you don't use regularly.

If you're spending a lot on convenience—whether in the form of grocery delivery, ride-hailing or meal delivery—your credit card wants to reward you for it, while encouraging you to spend more.

—The Capital One Walmart Rewards Mastercard, launched in October, offers its highest rewards, 5% back, on purchases made online and through the Walmart app, which includes Walmart Grocery Pickup and Delivery.

—The new Apple Card offers 3% back on Uber and Uber Eats when you use the card through Apple Pay.

While it might seem like credit cards are acting like your new best friend, ready to help you pick up groceries or bring you lunch, experts say their rewards structures are designed to get you to use the cards more freely. Convenience, in other words, can come at a cost.

'AN ANTIDOTE TO ANXIETY'

Credit card issuers are tapping into a popular spending category. A June 2019 survey commissioned by Finder.com, a data comparison website, found that 74% of Americans spend just over $4,000 a year on conveniences, including food deliveries and ride-hailing.

"Consumers are spending more money on services that provide more convenience, and card issuers are recognizing this is a growing category of spending, so they offer consumers higher rewards levels in an attempt to make the card more frequently used," says Ron Shevlin, director of research at Cornerstone Advisors, a banking consultancy.

Convenience is an attractive feature for all consumer groups, says Kit Yarrow, consumer psychologist and professor emerita at Golden Gate University. The reason?

"Convenience is an antidote to anxiety," Yarrow adds. People reduce their overall stress—and make themselves feel better—by ordering groceries to be delivered, getting takeout or having someone else do the driving, she says.

Credit card issuers want to benefit by being the method consumers use to pay for that peace of mind.

THE COST OF CONVENIENCE

Many of these perks, though, aren't automatic for the cardholder, which is a bit ironic.

With Chase's DashPass benefit, for example, cardholders need to opt in to the offer to receive it, which takes effort.

"It requires more proactivity on the part of the consumer," says David Morris, a senior consultant for Packaged Facts, a market research publisher. "If you don't opt in, you don't get the reward, which is also a way to help (the issuer) control rewards costs."

Shevlin notes that to fully optimize some of these deals, consumers may need to also update the card they have connected to the apps so that it's the one that offers the highest rewards rate on that service.

"Now you have to actively manage which card you use for each transaction," Shevlin adds. 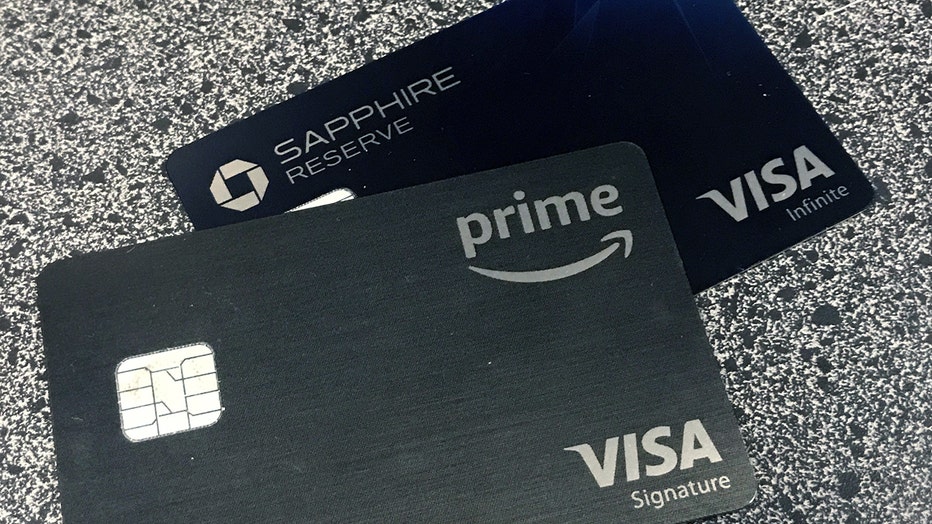 Morris says it's also important to pay your bills in full each month to avoid accumulating debt and paying interest, which would cancel out the benefit of any rewards earned.

"These rewards are all meant to promulgate a purchase, so the consumer needs to be aware of what they should and shouldn't spend," he says.

To avoid overspending, Yarrow says consumers should track their spending carefully. "The easier it is to pay, the easier it is to spend," she says, which means if you use a ride-hailing service and pay for it on your phone without pulling out your wallet, it can feel like you haven't even spent anything, when, of course, you have.

With many of these convenience-oriented apps and services, "it's just so easy to buy," Yarrow says. "People need to implement other methods to understand the costs," she says, such as reviewing your credit card statement each month.

Other cost-cutting strategies include setting a budget and reviewing it regularly, limiting the apps linked to your credit card, and eliminating subscription services that you don't use regularly.

This article was provided to The Associated Press by the personal finance website NerdWallet.