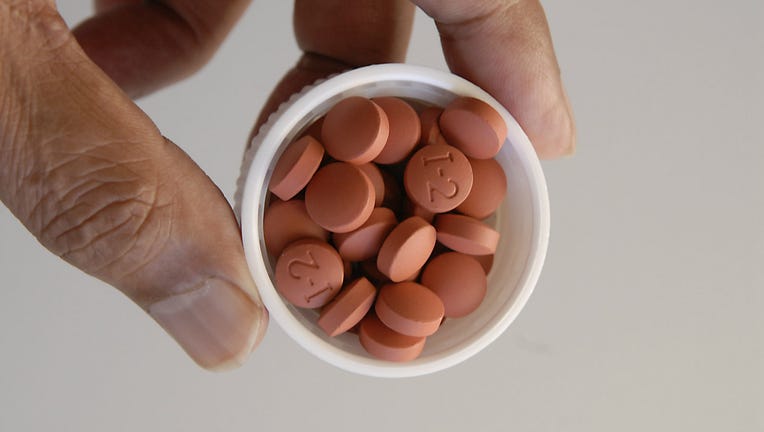 The World Health Organization (WHO) is now saying it is OK to take Ibuprofen for coronavirus symptoms.

"WHO is aware of concerns on the use of #ibuprofen for the treatment of fever for people with #COVID19," the organization tweeted. "We are consulting with physicians treating the patients & are not aware of reports of any negative effects, beyond the usual ones that limit its use in certain populations." 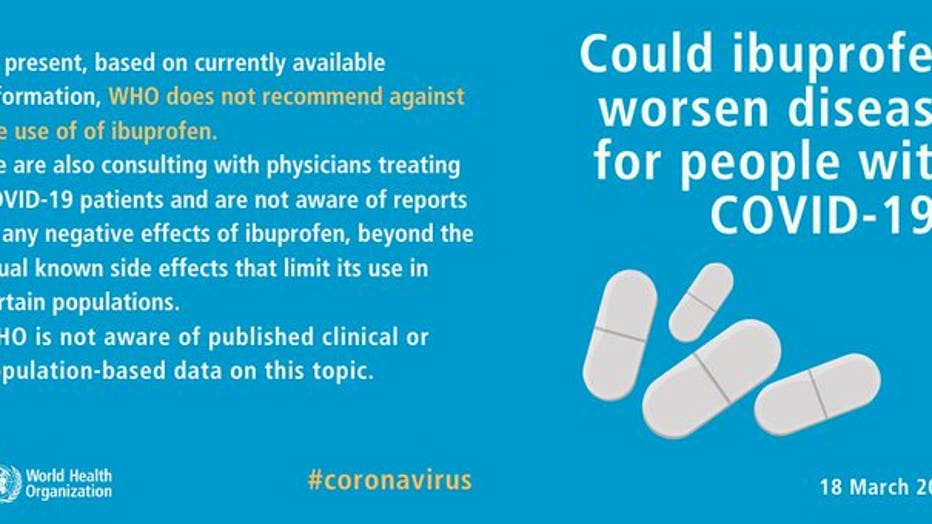 Initially, a WHO spokesperson recommended that those suffering from the symptoms of COVID-19 avoid taking the over-the-counter painkiller. The suggestion came after French officials warned that the drug could actually worsen the effects of the virus.

When originally asked about the study, WHO spokesman Christian Lindemeier told reporters in Geneva that United Nations health agency experts were "looking into this to give further guidance."

"In the meantime, we recommend using [paracetamol], and do not use ibuprofen as a self-medication. That's important," he had said, according to the AFP.

French Health Minister Olivier Veran had sent out a warning after a recent study published in The Lancet medical journal found that when combined with anti-inflammatory drugs such as ibuprofen, an enzyme could facilitate more COVID-19 infections and worsen symptoms.

However, there is no confirmed scientific evidence that ibuprofen could worsen coronavirus infections.

The French minister stressed that those who were prescribed anti-inflammatory drugs should seek guidance from their doctor.

Even before the pandemic, French officials warned of “serious complications” linked to the use of ibuprofen.

At the same time as Veran’s recommendation, the French government warned against the use of non-steroidal anti-inflammatory drugs (NSAIDs), the family of drugs that includes ibuprofen. “Serious adverse effects” related to the use of NSAIDs had been reported in patients confirmed to have coronavirus or exhibiting symptoms.

However, other health officials have pushed back on the idea that ibuprofen could be harmful. "I think it was a conflating of some medical issues ... may be true, may not, but there’s no good scientific evidence that says ibuprofen can make coronavirus worse," Dr. Anthony Fauci, a top health official in the Trump administration’s coronavirus response, said on Barstool Sports’ “Pardon My Take” podcast.

“This is false. There are no studies proving this reckless opinion,” Dr. Faheem Younis, chief quality officer and chief of infectious diseases at the University of Maryland UCH, tweeted.

Editor's Note: This story has been updated to reflect that WHO now says it is OK to take Ibuprofen for coronavirus symptoms. Originally, we reported that a WHO spokesperson warned against taking the over-the-counter painkiller.