A Los Angeles mother is slamming Southwest Airlines after a flight attendant accused her of human trafficking.

LOS ANGELES - A white mother from Los Angeles says she was stopped by police and accused of human trafficking her 10-year-old biological biracial daughter by a Southwest Airlines flight attendant.

Moira MacCarthy 10, could be heard sobbing in a nearly three-minute video after she and her mother, Mary MacCarthy, 42, were confronted by armed police at the Denver International Airport on October 22.

MacCarthy, who is a single mom, flew from Los Angeles to Denver, with a stop in San Jose, to be with grieving family members following her brother's death. 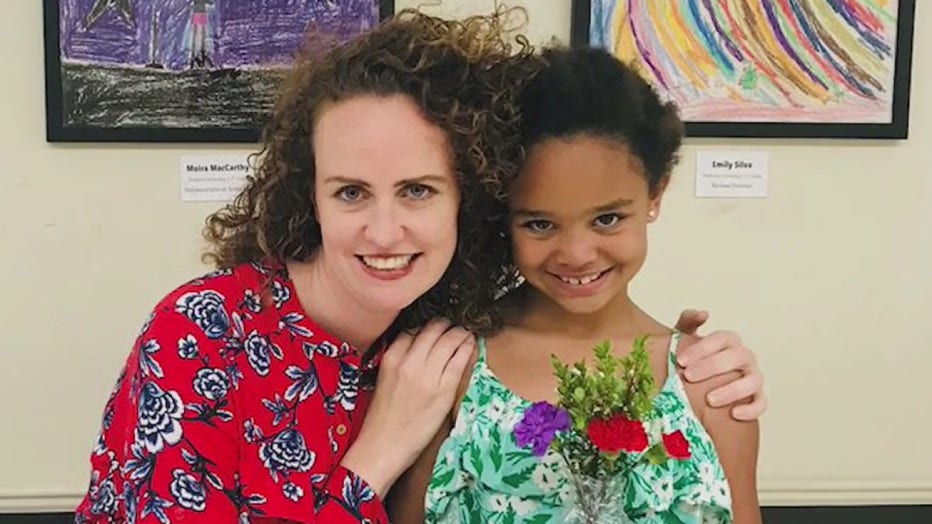 "My 46-year-old brother had died the night before, so we were going home to tend to family and siblings," MacCarthy said.

When the pair stepped off the plane, they were suddenly met by a Southwest Airlines employee, along with two armed police officers, where they were questioned separately.

"I thought maybe someone else had died because of the way the police were speaking to me and they knew my name," said MacCarthy.

"They told me that my daughter and myself had been reported by someone to the police for suspicious behavior boarding the flight," she explained. 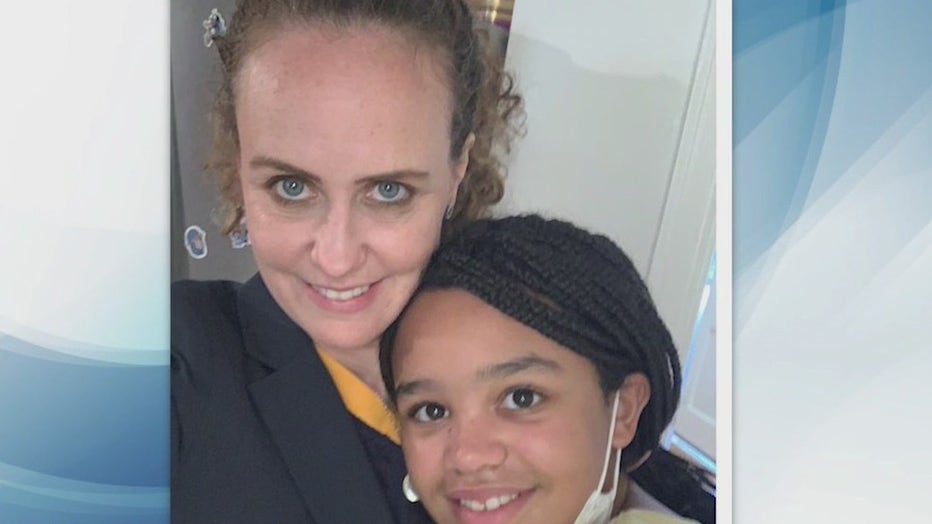 MacCarthy took out her phone and started recording while explaining the relationship between the two and why they were traveling before they were allowed to continue on their way.

According to MacCarthy, she received a call from the Denver Police Department Human Trafficking Unit on Nov. 1, ten days after the incident to follow up on the claims of possible human trafficking.

MacCarthy says she then realized they had probably been racially profiled. 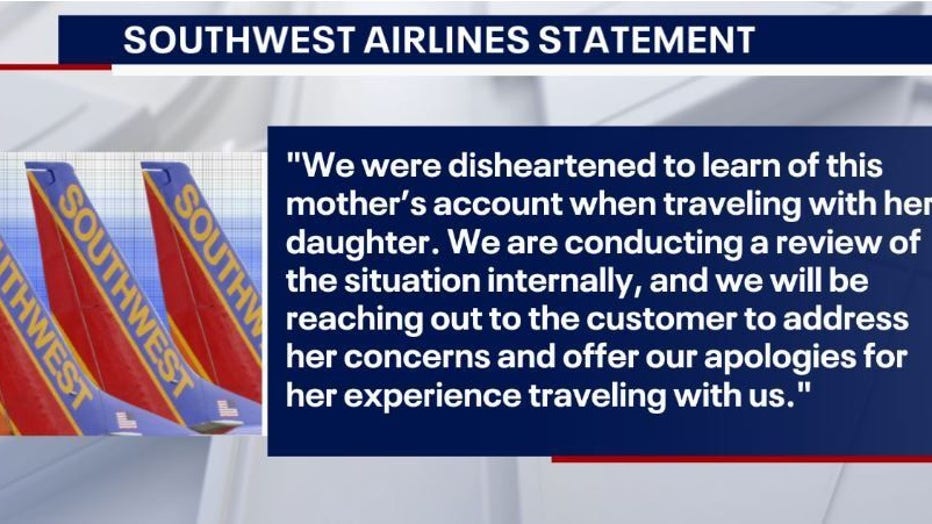 "It leads me to the only conclusion that someone saw a white woman with a Black girl and for them, that was enough to consider that suspicious possible human trafficking based purely on that superficial difference in skin color," she said.

The girl’s father is Haitian-French and lives in Paris.

MacCarthy says she is used to traveling with her daughter and doesn’t mind being questioned about the relationship.

"There’s a difference between being asked to prove your identity or relationship and being accosted by armed police on suspicion of human trafficking," she added.

A police report obtained by FOX 11 states there was a "report of possible human trafficking from a Southwest flight attendant." The report also states the flight attendant reported "suspicious behavior" to her superiors saying she thought it was odd the mother did not let the girl talk to the flight crew. 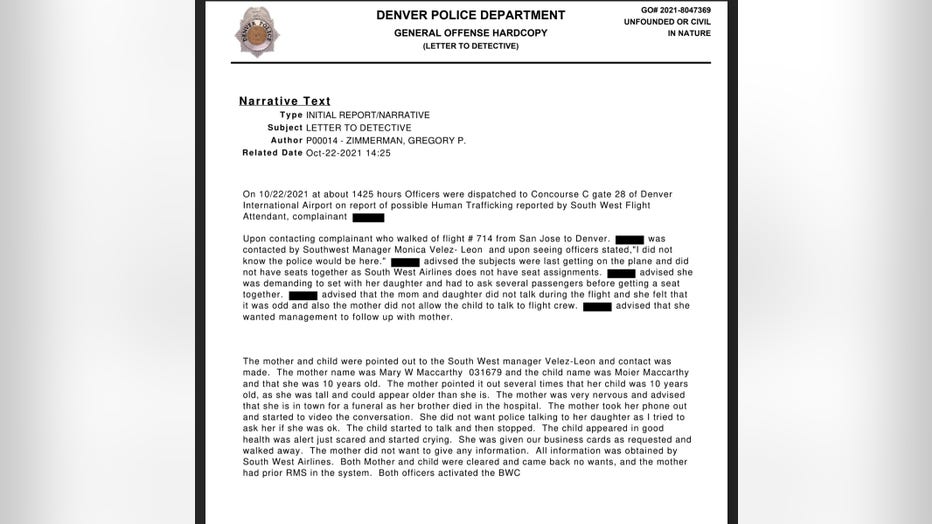 "I was distraught to discover those reports were riddled with lies," said MacCarthy.

"Once I realized the reality of what had happened, that those false claims had been made, I was outraged.  I’m not ok with lies being told about me or my child. I consider it a case of egregious  racial profiling and racial harassment, first by Southwest Airlines and also by Denver police."

A spokesperson for Southwest Airlines released the following statement on the incident:

"We were disheartened to learn of this mother’s account when traveling with her daughter. We are conducting a review of the situation internally, and we will be reaching out to the Customer to address her concerns and offer our apologies for her experience traveling with us. Our Employees undergo robust training on Human Trafficking. Above all, Southwest Airlines prides itself on providing a welcoming and inclusive environment for the millions of customers who travel with us each year."

MacCarthy says she has sought legal counsel and believes the airline should be held responsible for the trauma caused to her daughter.

"She’s aware that there’s police brutality carried out against people who look like her. She was scared and upset. My next step is to seek professional counseling for her because incidents like these can scar any of us, but when you’re talking about the impressionable mind of a 10-year-old girl, she deserves special care and treatment after being subjected to something like this."