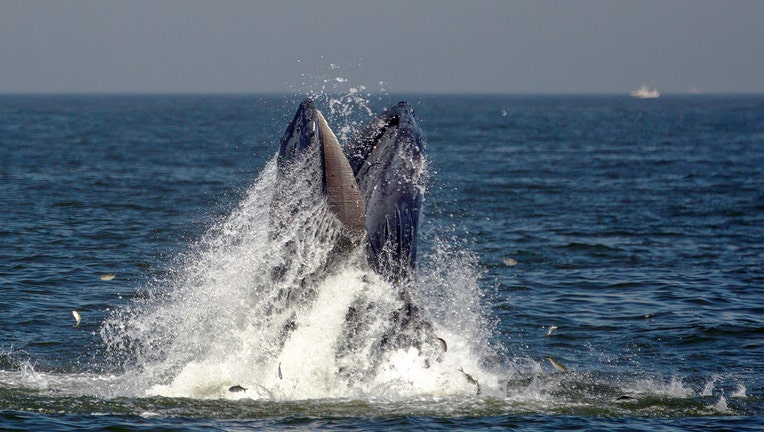 A humpback whale seen from a Seastreak whale-watching cruise. (Photo courtesy of Arlene Sopranzetti via Seastreak)

NEW YORK - In the last decade or so, scientists have noticed a resurgence of marine mammal activity in the waters around and near New York City: Visits from humpback whales, dolphins, and even a seal or two.

Now a company known for its high-speed commuter ferries is set to launch whale-watching cruises that leave directly from Manhattan.

After what it called a "successful first season" of whale-watching tours launched from New Jersey, Seastreak will offer a three-hour excursion leaving from the public ferry docks at East 35th Street in Midtown and picking up passengers at the Battery Maritime Building in Lower Manhattan.

The tour's route takes the vessel out of New York Harbor, past the Statue of Liberty, Ellis Island, Governors Island, Staten Island, and Fort Hamilton. The catamaran then ducks under the Verrazzano-Narrows Bridge, heads into the Atlantic Ocean, and aims for the tip of Sandy Hook in the Gateway National Recreation Area. 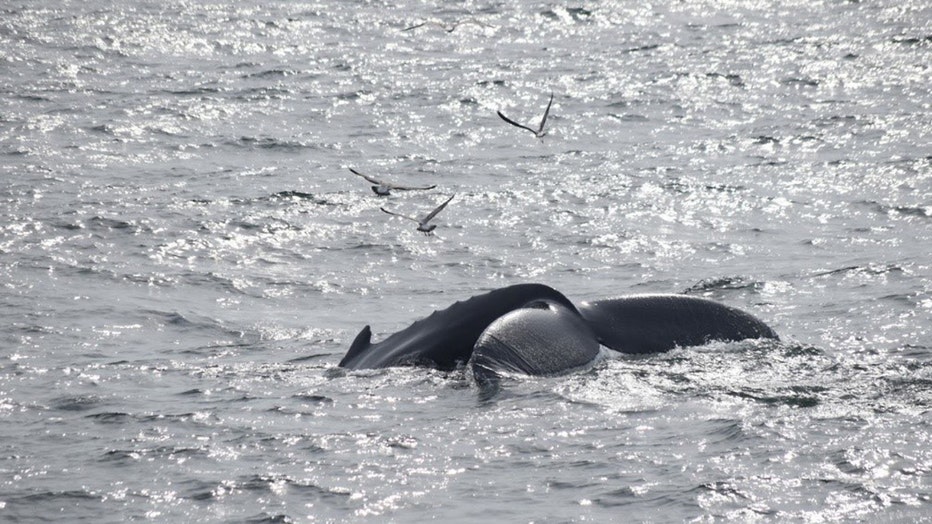 Abby van Hemmen, the manager of Seastreak's whale watch program, said she is "confident" that passengers will in fact see wildlife.

"Last season, we saw humpback whales on 96% of our trips but the diversity of the marine life we encountered was what really surprised me," van Hemmen said. "We saw sea turtles, sunfish, pelagic birds, dolphins, sharks and massive groups of migrating cownose rays."

"The abundance of life in these waters is really a testament to the years of effort put forth by environmental groups to restore the ecosystem," van Hemmen said. "A few years ago whale watching trips in this area wouldn't have been possible."