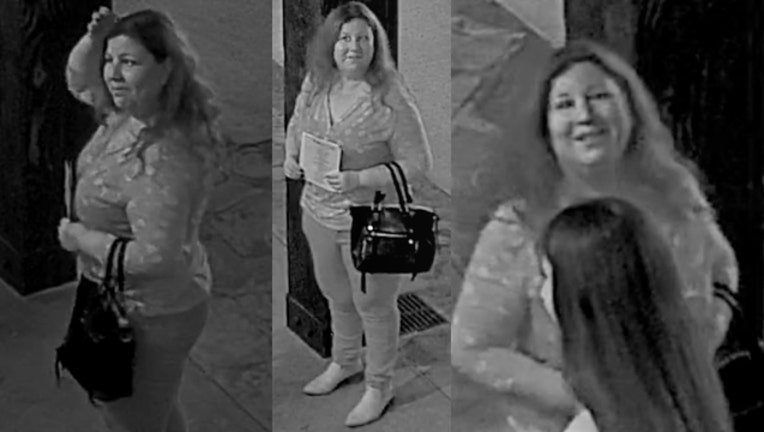 Authorities in Texas are asking the public for help identifying a woman who has been involved in a series of thefts at wedding venues.

The Comal County Sheriff’s Office said on Facebook that the woman, dubbed "The Wedding Crasher," has been frequenting weddings and "preying on unsuspecting families and friends."

"The suspect arrives uninvited to weddings, poses as a guest and then steals the gifts," police said.

Authorities have been investigating incidents involving the suspect since December and said the woman usually takes off with gift cards, cash, and checks.

Surveillance photos taken on Aug. 3 have helped deputies link the woman to gift cards she's been using at multiple stores.