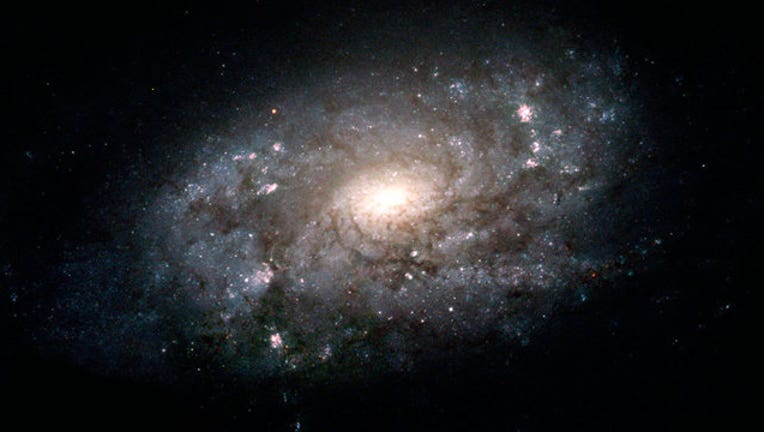 FILE - Photo of space by the Hubble telescope. (AP Photo/NASA)

CAPE CANAVERAL, Fla. (AP) — In a tantalizing first, scientists have discovered water at a planet outside our solar system that has temperatures suitable for life.

London researchers announced Wednesday they've found water vapor in the atmosphere of a planet 110 light-years away. This so-called Super Earth is the right distance from its star to conceivably harbor life.

The University College London scientists say it's the only exoplanet known so far to have both water and temperatures needed for life, making it a prime candidate for potential life. But they caution it's not another Earth.

It's twice the size of Earth with eight times the mass, and its star is unlike our sun. No one knows if water's flowing on the surface. Lead author Angelos Tsiaras says it could help determine, "Is the Earth unique?"