Surveillance video shows the moment police say two shoplifters were wrested into custody after they tried to steal thousands in perfume from a Pennsylvania Ulta Beauty store.

EXTON, Pa. - Surveillance video shows the moment police say two shoplifters were wrested into custody after they tried to steal thousands in perfume from a Pennsylvania Ulta.

In a Facebook post on Friday, the West Whiteland Police Department said they received information about a plan to steal $10k in fragrances from an Ulta in Exton.

Detective Scott Pezick told FOX 29 that his department was told to be on the lookout for a red Nissan Altima thought to be linked to other Ulta thefts.

Perzick said authorities called the Ulta on Swedesford Road in Exton to let employees know that their store could be targeted. 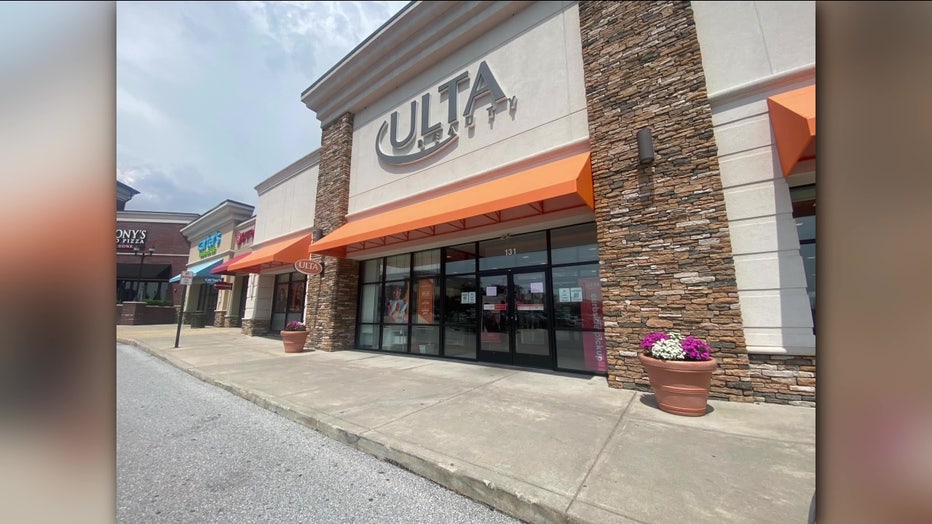 "I called them, told them what was happening, they asked what they should do, I said just make sure everybody's safe in there," Perzick said.

Officers from the West Whiteland Police Department staked out in the Ulta parking lot on Friday morning and spotted the red Altima. A suspect entered the store for a few minutes then returned to the car, police said.

A short time later, investigators say Nyzaiah Williams, 19, and a 16-year-old entered the store and tried to stuff laundry bags full of perfume. The attempted robbery was captured on store surveillance camera.

When the alarms for each perfume began to sound, police say officers approached the suspects who tried to run away. Surveillance video shows the officers give chase and wrestle the suspects into custody, knocking over shelves and store displays.

"As you can tell they’re very quick, and we know they’re not going to give up easily," Pezick said. The loot recovered during the attempted theft tallied up to $8.5k, according to police.

Williams and the teen are both from New York, and were previously arrested in Connecticut for another Ulta theft. The third suspect managed to flee in the red Altima.

Investigators are not ruling out that they could be part of a larger ring.

The Ulta in Exton has been hit at least two times by shoplifters over the last four months, including a group of women who police say stuffed bags full of merchandise.

Earlier in the year, police were searching for two women who allegedly stole $10k in makeup.

Pezick urged anyone who sees "anything suspicious" at Ulta stores to contact authorities.