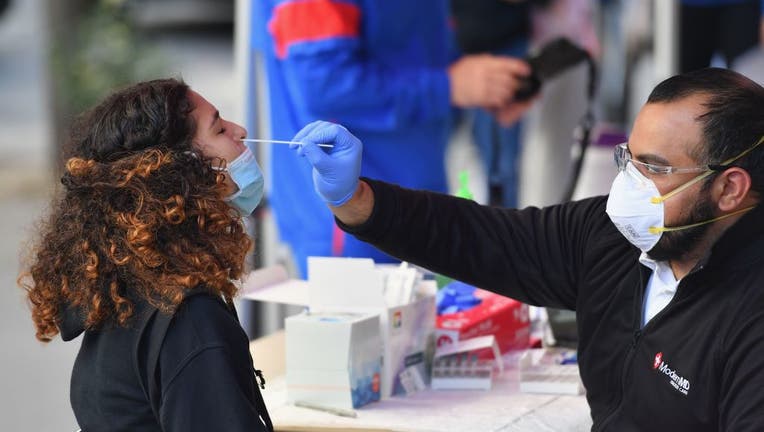 A medical worker takes a nasal swab sample from a student to test for COVID-19. (Photo by ANGELA WEISS/AFP via Getty Images) (Getty Images)

NEW YORK (AP) - The number of people hospitalized in New York because of the coronavirus has climbed back over 1,000, officials said Friday, a figure that has increased in the last month but is still far below the peak level of the spring.

Gov. Andrew Cuomo said there were 1,023 hospitalizations around the state as of Thursday.

That’s more than double the number that were hospitalized month ago, and the first time since late June that the state has seen that many in hospitals with the virus. At the pandemic's peak in April, nearly 19,000 people were hospitalized.

As is happening around the country to different degrees, New York is seeing an uptick in virus cases as more places like schools and businesses have been opening up.

Statewide, 1,637 people tested positive with the virus on Thursday, on par with where levels have been for the month.