A Virginia zoo welcomed the birth of a rare hippopotamus just in time for Christmas.

The calf, which has yet to be named, was born after a seven-month gestation period. She weighed a healthy 16 pounds and, one week later, clocked in at 24.2 pounds.

Pygmy hippos are one of the world’s rarest mammals, according to the World Animal Foundation.

Pygmy hippos have a more compact build, shorter legs, and shorter tail. They are only found in a few remote locations in Africa.

Nearly 3,800 animals are critically endangered, according to the International Union for Conservation of Nature (IUCN)'s Red List.

The pygmy hippo is listed as endangered on the International Union for Conservation of Nature (IUCN) Red List.

Right now, the calf is being cared for by her mother, Iris. 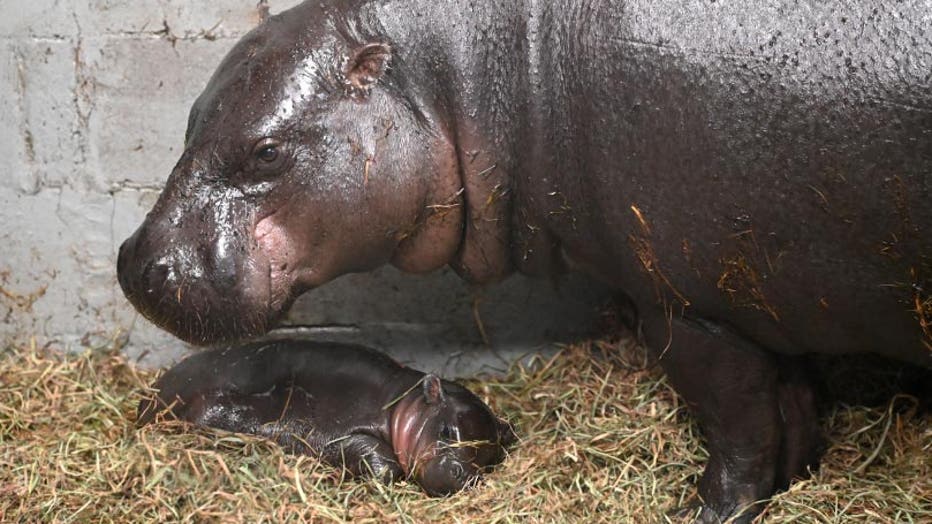 They are staying in a "super cozy", hay-bedded enclosure that is off-exhibit, the zoo said, giving privacy to mom and baby while they bond.

Soon, they will be moved into the indoor pool area that is visible to guests so the baby can start swimming.