Police are looking for the people involved in a shootout on a street in Astoria, Queens, on Sunday, July 19, 2020. The NYPD released security camera video and images of the incident. (Source: NYPD)

NEW YORK - Police are looking for several people involved in a shootout on a street in Queens in the early hours on Sunday.

The NYPD released video and other images from security cameras that captured some moments of the gunfire as well as some of the people cops say are involved.

Someone in a white SUV opened fire at two people near 36th Street and 28th Avenue in Astoria at about 3:50 a.m., police said. Then the intended victims, who apparently weren't hit, fired back at the moving SUV, the NYPD said.

The vehicle then drove off on 28th Avenue heading west, the NYPD said, and the gunmen on foot fled. 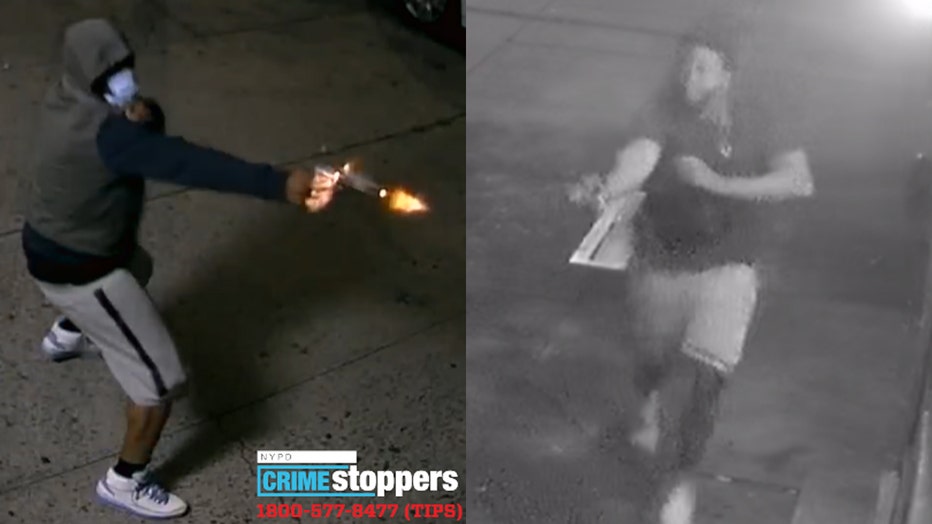 The firefight erupted just a few blocks from Steinway Street, where hundreds of people ignored social-distancing rules to hang out outside bars over the weekend. It is not clear if the people involved in the shooting are connected to that partying.

City and state authorities cracked down on some of the bars involved in the late-night revelry.

A busy thoroughfare in Queens is drawing complaints as people party in the streets, ignoring social distancing guidelines.