The NYP has released images of men wanted for throwing a Citi Bike onto the subway tracks.

NEW YORK - Police in New York have released video and images of four men and a woman wanted in connection with a dangerous incident where a subway train hit a Citi Bike that was thrown onto the subway tracks in Queens.

It happened at the Steinway Street R station in Astoria on Sunday night.

The video shows one of the men throwing the bike down the stairs into the subway station from the street.  The bike was later thrown onto one of the tracks.

At about 10:25 p.m. a southbound R train hit the bike.  The crash caused significant sparking, damage to the train, and the train's emergency brake to engage.  No one was hurt in the incident.

The 5 people then took off from the station on foot after the incident.

The NYPD was hoping that someone recognizes the suspects so that officers can find them. 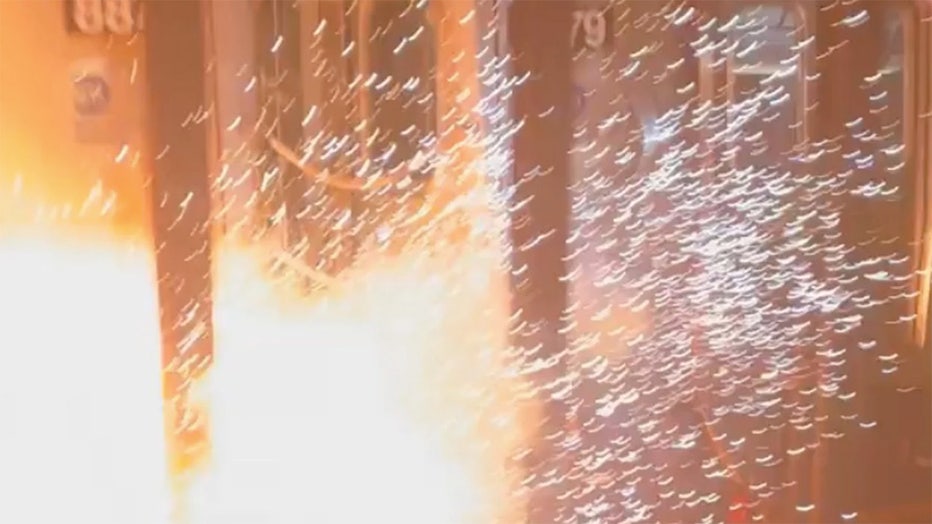