The FBI has determined that the footage does not exist on the jail's backup video system “as a result of technical errors.”

Officials at the Metropolitan Correctional Center in New York believed they had preserved footage of guards finding Jeffrey Epstein after he appeared to have attempted suicide, but actually saved a video from a different part of the jail, prosecutors said.

The FBI also has determined that the footage does not exist on the jail's backup video system “as a result of technical errors,” Assistant U.S. Attorneys Maurene Comey and Jason Swergold wrote in a court filing.

The revelation came despite assurances prosecutors made that jail officials were preserving the footage at the request of a defense attorney for Nicholas Tartaglione, a former police officer who shared a cell with Epstein in July when the wealthy financier was after discovered with bruises on his neck and then placed on suicide watch.

Tartaglione's defense attorney, Bruce Barket, told The Associated Press he intends to ask U.S. District Judge Kenneth Karas to hold a hearing with “live testimony” to determine what happened to the missing video.

“The various and inconsistent accounts of what happened to that video are deeply troubling,” Barket said in an email.

Tartaglione is charged in what prosecutors have described as the "gangland-style" killings of four men who disappeared during a cocaine-related dispute.

Barket said the jailhouse video would have supported his position that Tartaglione “acted appropriately” on the day in question, alluding to questions about whether Epstein had been attacked.

A spokeswoman for the Bureau of Prisons declined to comment, citing an ongoing investigation. 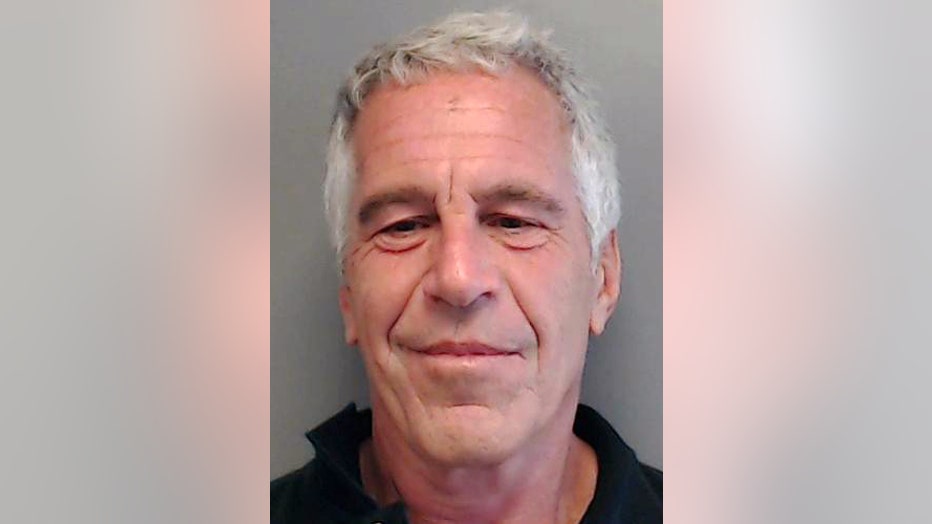 FILE - Jeffrey Epstein poses for a sex offender mugshot after being charged with procuring a minor for prostitution on July 25, 2013 in Florida.

One of Epstein's attorneys, Marc Fernich, said the missing video “only adds to the unanswered questions and deepens the air of mystery surrounding (Epstein's) death, feeding the perception that the public will never really know what happened — and that the powers that be aren’t really interested in finding out.”

“Nothing about Jeffrey Epstein’s prosecution and death in federal custody surprises or could surprise me at this point,” Fernich added.

The U.S. Attorney's Office in Manhattan said in Thursday's court filing that jailhouse officials had preserved video for the “correct date and time” but captured the wrong part of the jail. They said the jail's computer system listed a “different, incorrect cell” for Tartaglione.

“The Government further understands from the Federal Bureau of Investigation that it has reviewed that backup system as part of an unrelated investigation and determined that the requested video no longer exists on the backup system and has not since at least August 2019 as a result of technical errors,” the prosecutors wrote.

The footage in question involves a July 23 episode in which correctional officers say they found Epstein on the floor of his cell with a strip of bedsheet around his neck. Michael Thomas, one of the officers charged with falsifying records the night Epstein died, was one of the officers who responded to that scene.

Epstein was moved out of that cell and placed on suicide watch. He was transferred back to the jail's special housing unit July 30, meaning he was less closely monitored but still supposed to be checked every 30 minutes. He was also required to have a cellmate, but he was left with none after his cellmate was transferred out of the jail Aug. 9, the day before his death, authorities have said.

Prosecutors charged the two officers responsible for guarding Epstein the night he died with falsifying prison records to conceal they were sleeping and browsing the internet during the hours they were supposed to be keeping a close watch on prisoners.

The falsification of records has been a problem throughout the federal prison system. The federal Bureau of Prisons, which for years has been plagued by extensive staffing shortages, chronic violence and serious misconduct, has come under increased scrutiny since Epstein’s death in August.

Staffing shortages within the bureau are so severe that guards are regularly forced to work mandatory overtime, sometimes day after day, and violence leads to regular lockdowns at prison compounds across the nation. A congressional report also found that “bad behavior is ignored or covered up on a regular basis” within the bureau.

After Epstein’s death in August, Attorney General William Barr said the financier's ability to take his own life inside one of most secure jails in America raised “serious questions that must be answered.” Barr removed the agency’s acting director in the wake of Epstein’s death and named Kathleen Hawk Sawyer, the prison agency’s director from 1992 until 2003, to replace him.

Barr told the AP in November that the investigation revealed a “series” of mistakes made that gave Epstein the chance to take his own life and that his suicide was the result of “a perfect storm of screw-ups.”

Barr told the AP he had personally reviewed security footage from the night Epstein took his own life, which confirmed that no one entered the area where Epstein was housed on the night he died.