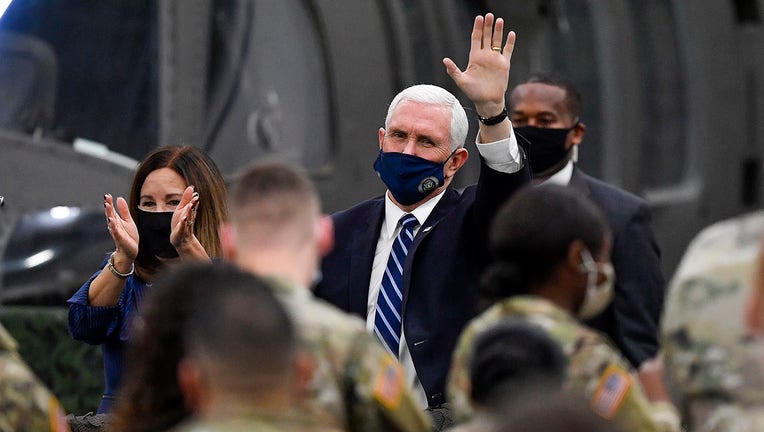 NEW YORK - Vice President Mike Pence and his wife made their final official appearance together Sunday with a visit to Fort Drum, where they thanked the 10th Mountain Division and their families for their service.

"I’m here to deliver a very simple message to each and every one of you on behalf of your commander and chief, and every American," Pence said. "Thank you for your service. And to the 1st Brigade combat team, welcome home." The 1st Brigade recently returned from Afghanistan.

Karen Pence, speaking before her husband took the podium, became emotional and briefly faltered as she addressed the troops. "It is such an honor to be with you — here I go — for our very last trip as vice president and second lady of the United States," she said.

The Pences thanked the sailors at Naval Air Station Lemoore in California on Saturday.

Vice President-Elect Kamala Harris will be sworn in as Pence’s successor on Wednesday. Her husband, Doug Emhoff, will become the nation’s first second gentleman.