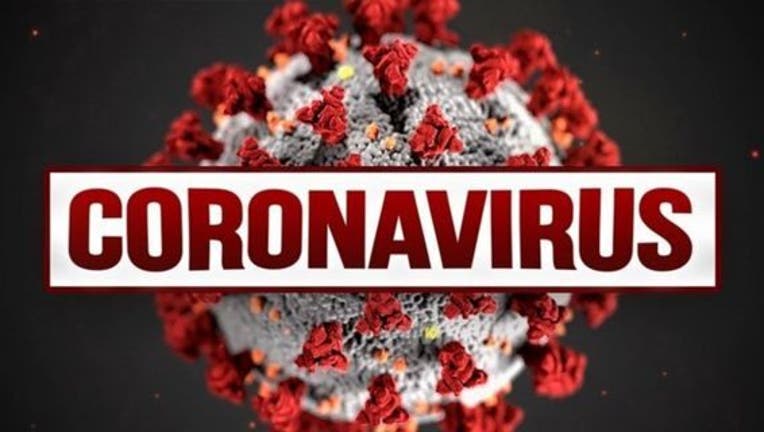 But the tire salesman avoided getting a test for the new coronavirus, fearing that if it was positive, soldiers would take him from his home and force him to stay at one of the mandatory isolation centers that the Venezuelan government has set up for people with COVID-19.

The notorious conditions at those centers, which include hospitals, repurposed gyms and abandoned hotels, have prompted many people who experience symptoms to avoid testing, analysts say. That’s making it harder to contain the virus in a country where the health system has already been damaged by years of shortages and mismanagement.

Dr. Jose Manuel Olivares, a physician and opposition congressman, described the mandatory centers as a “repressive measure” copied from China — though without China's resources — that has failed to contain outbreaks in Venezuela. The number of officially reported COVID-19 infections has doubled over the past month to nearly 42,000, with 351 deaths. Independent experts say the real numbers are far higher.

Those confined in the isolation centers complain of filthy conditions, sparse food and being trapped for weeks at a time.

Venezuelan President Nicolás Maduro acknowledged recently in a televised speech that they “terrify” people, but defended them.

He posted a government-produced video on his Twitter feed in which a woman said that she contracted the virus but got better at one of the isolation centers. “If you present symptoms go quickly to your nearest health center” Maduro tweeted. “If you act early everything is possible.”

The 63-year-old had felt sick for six days and was having difficulty breathing before he finally felt compelled to go a health center in late July.

But there was no way to treat him in his hometown of Cabimas — a city of more than 250,000 people — so he was taken by ambulance to a hospital in Maracaibo, an hour’s drive away.

Vicuña’s relatives say that upon arriving at the University Hospital in Maracaibo, he had to wait for hours in a lobby where dozens of people infected with the virus slept on metallic chairs or on the floor.

Vicuña was eventually given a hospital bed, though he had to share an oxygen tank with other patients because there were not enough for everyone.

His relatives said two people died in the room while he was there, and their bodies were not picked up for hours. Frightened, Vicuña fled from the hospital, evading soldiers guarding its entrance.

Without money or a phone, Vicuña walked for several blocks, despite his breathing problems, until he managed to hitch a ride back to Cabimas.

Relatives decided not to send him back to the hospital. Instead, they gave him over-the-counter drugs and an oxygen tank and he was cared for by an aunt who is a nurse, said his nephew, Esteban Vicuña.

“Going into a public hospital is like facing the guillotine, especially nowadays with the coronavirus” the nephew said. “And private hospitals are very expensive.”

After four days at home, Vicuña died from pneumonia and respiratory failure on Aug. 2, according to his death certificate.

Doctors didn't want to come to the home for fear of contagion, so relatives wrapped Vicuña's body in sheets and plastic bags, loaded it on a cart pulled by a motorcycle and took it to a hospital so they could get that certificate and he could be buried.

Some didn't have a choice of whether to get a test.

A 20-year-old employee of an accounting firm said a person on his street fell ill and officials gave quick antibody tests to 24 neighbors. He was one of 16 whose results were positive. They were taken to a hotel guarded by soldiers and threatened with arrest if they didn't comply, according to the man, who spoke on condition of anonymity for fear of reprisals.

Antibody tests are meant to detect prior infections. To check for active virus, they were then given swab tests. For the young man, that meant a 10-day wait. And because it was positive, he continued to be held despite showing no symptoms.

Speaking by phone from the room, he said he arrived to find trash on the floor. “The sheets and pillows on my bed were so old and dirty they looked brown,” he said, and complained of meager food. Even the lightbulbs didn't work.

A hospital worker who fell ill in June said she asked a doctor to give her a coronavirus test, but he urged against it, noting that if it was positive, she would be taken from her home and separated from her 14-year-old daughter. The doctor told her to go home and call him if she had complications.

“God protected me” she said. She stayed home, telling her bosses she had complications related to her pregnancy.

For more than week, she suffered headaches, a heavy cough and fever. Her daughter also fell ill, though her symptoms weren't as severe. Still, the woman, who asked that he name not be used for fear of losing her job, she said she was glad to have avoided the isolation centers.

She said that a friend in the military spent 14 days at one of the centers after testing positive. “He was hungry most of the time because of terrible food," she said, and was also very cold, because he had to sleep in a hospital robe and was not allowed to use his clothes.”