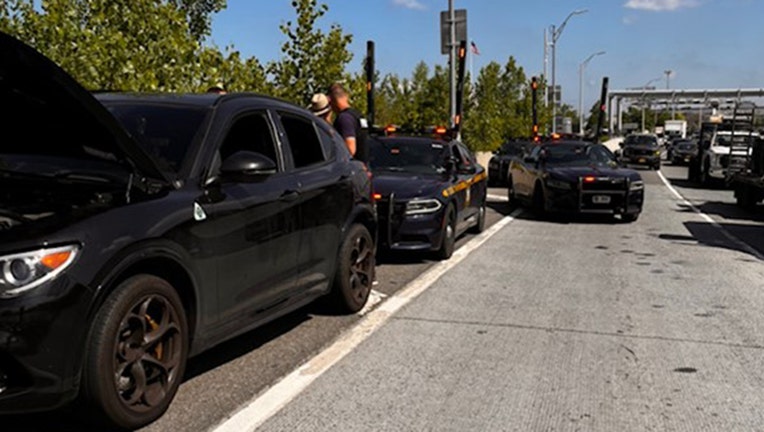 NEW YORK - One apparent byproduct of bringing cashless tolling to bridges and tunnels in the New York area is the apparent rise in motorists driving around with fake license plates.

Among the vehicles that authorities pulled over was a 2019 Alfa Romeo that had fake plates and a forged VIN. Turns out, the car was reported stolen in Florida last year, police said. Authorities charged the driver with criminal possession of stolen property, forgery, and illegal possession of a VIN, police said.

The MTA operates seven toll bridges and two toll tunnels in New York City. All crossings feature cashless tolling using cameras and scanners. Motorists are charged either via E-ZPass or a bill sent by mail. A vehicle with an invalid license plate — such as a forged temporary paper plate like the ones seen in the photo below — would avoid being charged a toll.

In recent years, authorities in New York have issued tens of thousands of tickets and impounded thousands of cars in connection with motorists repeatedly ignoring toll bills and obscuring license plates with special covers that prevent scanners from reading the numbers. 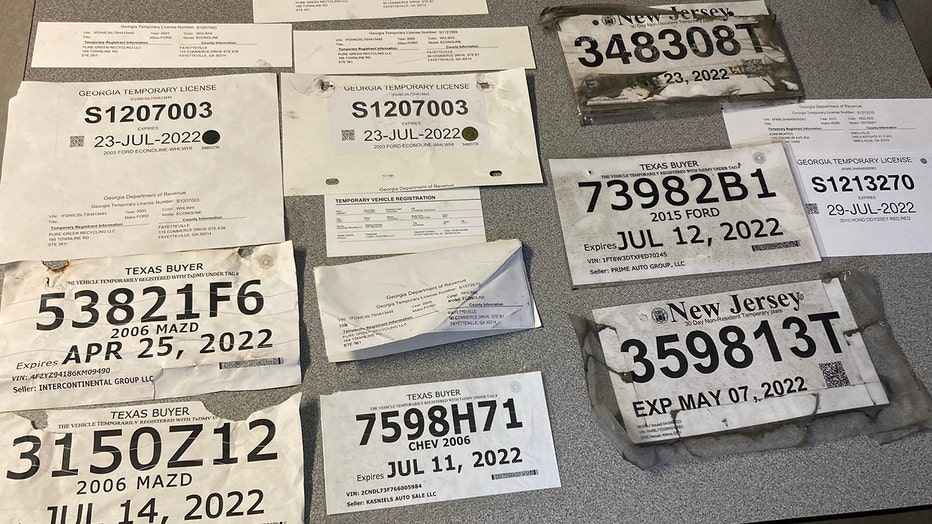