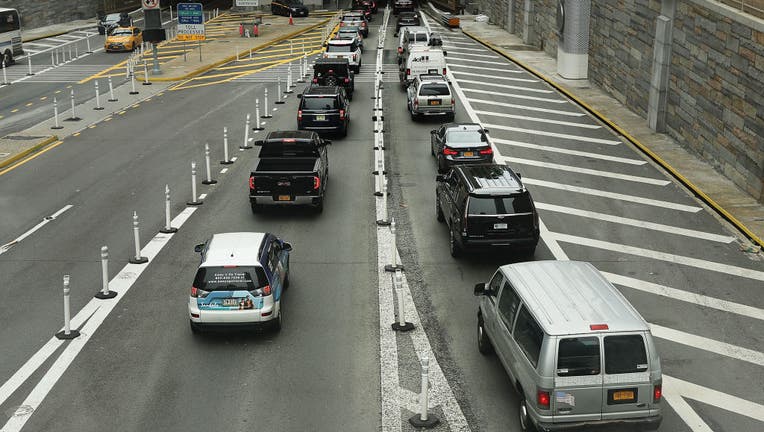 NEW YORK - Traffic is flowing, again, into the Lincoln Tunnel for motorists headed to New Jersey after a car fire forced its closure Sunday night.

All lanes of traffic in the center tube were closed in both directions for several hours on Sunday evening, causing major delays.

The center tube reopened just after 8:30 p.m., however officials told drivers to be aware of residual delays.

A Volvo SUV caught fire at around 5 p.m. and was extinguished about 10 minutes later, according to officials.

Heat from the fire caused damage to tiles in the tunnel that were repaired.

While buses arriving and departing from the Port Authority Bus Terminal were not impacted, motorists at the tunnelsat in traffic for several hours.