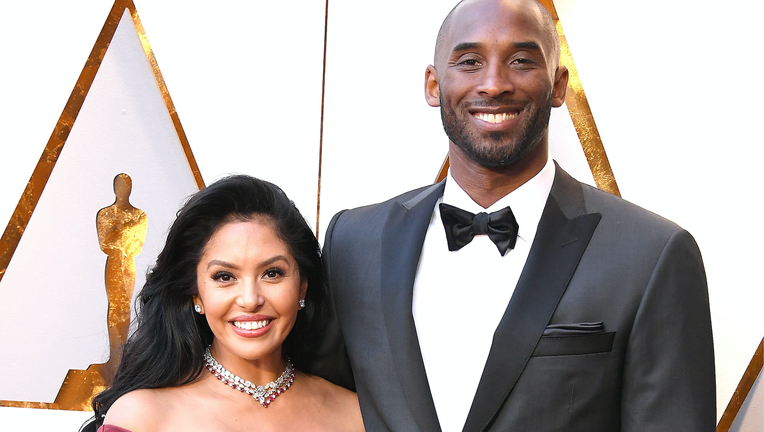 LOS ANGELES - Vanessa Bryant, with her eldest daughter Natalia by her side, reacted after the announcement that her late husband, NBA legend Kobe Bryant, is set to be inducted into the Naismith Memorial Basketball Hall of Fame Saturday in an interview with TSN.

"It’s an incredible accomplishment and honor. We’re extremely proud of him. Obviously, we wish he was here with us to celebrate but it’s definitely the peak of his NBA career and every accomplishment that he had as an athlete was a stepping stone to be here. There’s some solace in knowing that he was probably going to be part of the 2020 Hall of Fame class," she said.

In 1996, at his 17-years-old, he was selected thirteenth in the first round of the NBA draft. Other members of the 1996 draft class include fellow all-stars Allen Iverson, Stephen Marbury, Ray Allen and Steve Nash.

Even though he was a Philadelphia native who spent part of his childhood living in Italy, he loved Los Angeles as much as the city loved him.

While he is best known for his NBA career, Kobe Bryant was more than an athlete. Among many things, he was a philanthropist, a creator, a girls’ basketball coach and an Academy Award winner. Those who knew him best remember most as a father and a husband.

Kobe Bryant, his 13-year-old daughter Gianna, and seven others were killed in a helicopter crash on a foggy morning in Los Angeles on January 26. The helicopter departed Orange County’s John Wayne Airport and was bound for the Camarillo Airport in order for the passengers to attend a basketball camp at Bryant’s Mamba Sports Academy in the Thousand Oaks area.