5 facts you might not have known about Valentine’s Day

LOS ANGELES - As love is in the air on Friday, here are four Valentine’s Day facts you might not have known about, according to research from GoodHouseKeeping.com and History.com.

The holiday may have begun in Ancient Rome as Lupercalia, a pagan fertility festival dedicated to Faunus, the Roman god of agriculture and Roman founders Romulus and Remus, according to historians. As a form of celebration, priests sacrificed a goat for fertility and a dog for purification, History.com reported. A practice of using the goat's hide to hit women was believed to increase women's fertility.

Another theory on how the day of love originated has to with the Roman Emperor Claudius II. In his ambitions to maintain a strong army, he forbade all marriages and engagements in Rome, according to History.com. Valentine was a holy priest in Rome who defied the emperor and performed marriages for lovers in secret. On Feb. 14, around the year 270 A.D., “Valentine was arrested and dragged before the Prefect of Rome, who condemned him to be beaten to death with clubs and to have his head cut off,” the historical outlet reported. 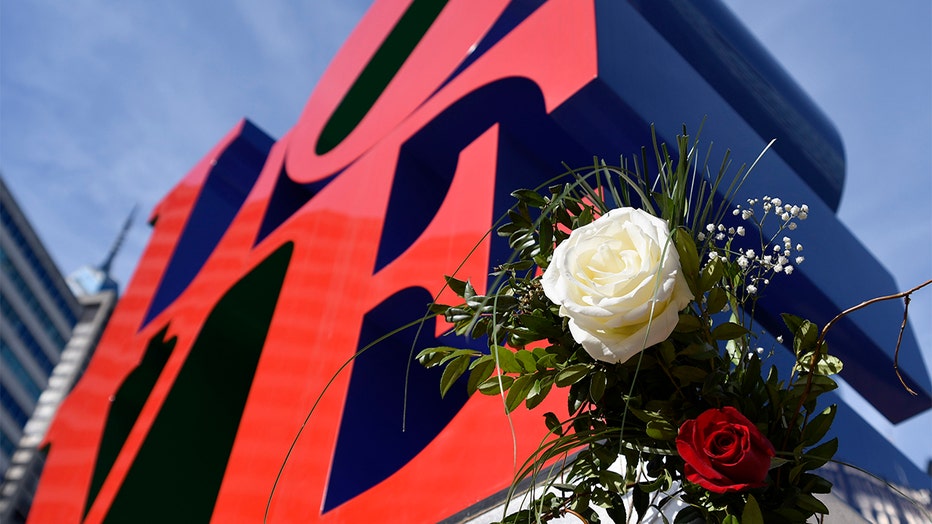 Bouquets of roses decorate the pedestal of the iconic LOVE Park statue, in Philadelphia, PA, on Valentines' Day, February 14, 2019. (Photo by Bastiaan Slabbers/NurPhoto via Getty Images)

In 1876, Alexander Graham Bell would make communications history when he applied for the patent for the telephone, History.com reported. The historical outlet also noted how Elisha Gray filed a patent for a similar device shortly after Bell did. As history now tells us, Graham Bell came out as the victor in the telephone patent battle.

The first and oldest valentine was a poem written by a French medieval duke named Charles that he penned for his wife in 1415, according to History.com. Charles, who was just 21-years-old at the time, wrote the sweet valentine while he was imprisoned in the Tower of London. "I am already sick of love, My very gentle Valentine," was one of the lines of the love poem.

Americans have spent nearly 900 million on greeting cards in recent years, according to a 2018 survey by the National Retail Federation and Prosper Insights & Analytics, cited by GoodHouseKeeping.com. An estimated 145 million Valentine’s Day cards are sent each year, History.com reported, citing the Greeting Card Association.