Diana Catalan organizes vaccine shots at a health center in Far Rockaway and urges everyone she meets to be vaccinated. Far Rockaway, a majority Black and Latino community, has the lowest vaccine rate in the city but the fourth-highest coronavirus death rate. (By The Associated Press)

NEW YORK (AP) - If there's one place where people could fear the coronavirus more than a vaccination needle, it's the Far Rockaway section of Queens: Nearly 460 residents of the seaside neighborhood have died of COVID-19.

That's one out of every 146 people who live there, making for one of New York City's highest death rates. And yet, no other place in the city has a lower percentage of vaccinated people.

As of Monday, only 29% of people living in Far Rockaway's ZIP code, 11691, had received even one vaccine dose, according to data from the New York City Health Department. That compares to a rate of 49% citywide and nationally.

The situation in the community of around 67,000 people illustrates the challenges facing health officials in many places as they try to overcome hesitancy fueled by mistrust, misinformation and fear.

"We have a good amount of people that still don't want to get vaccinated, for whatever reason," said Diana Catalan, a health clinic manager involved in the Far Rockaway inoculation effort whose father, a neighborhood resident, died of the virus in February.

Some people want to wait a few months to see how vaccinated friends and family respond to the shots, she said. Some have heard unfounded conspiracy theories that the vaccine is dangerous. Others just feel no urgency, having escaped serious harm so far.

Catalan said she was anxious to get her father a shot at the Joseph P. Addabbo Family Health Center, where she works. But he got the virus before the vaccine became available to people in his age group. He was 62.

Far Rockaway, Queens, residents are not flocking to get their COVID vaccine shots.

"He was very young and he had no chronic illnesses," Catalan said. "He was nothing but a hard-working man."

More than an hour's subway ride from Manhattan, Far Rockaway sits between a bay and a strip of urban beach on the eastern end of Queens seashore, beneath the flight path for nearby Kennedy Airport.

Like a lot of places where vaccination rates lag, a majority of residents are Black and Hispanic. Among some Black Americans, there's documented distrust in the medical establishment and government because of a history of discriminatory treatment.

"People are naturally going to be scared of anything offered by the medical community, especially because of what we've seen through health care and what that has looked like for low-income black and brown communities disadvantaged in the state," Khaleel Anderson, a state Assembly member who represents the area explained. 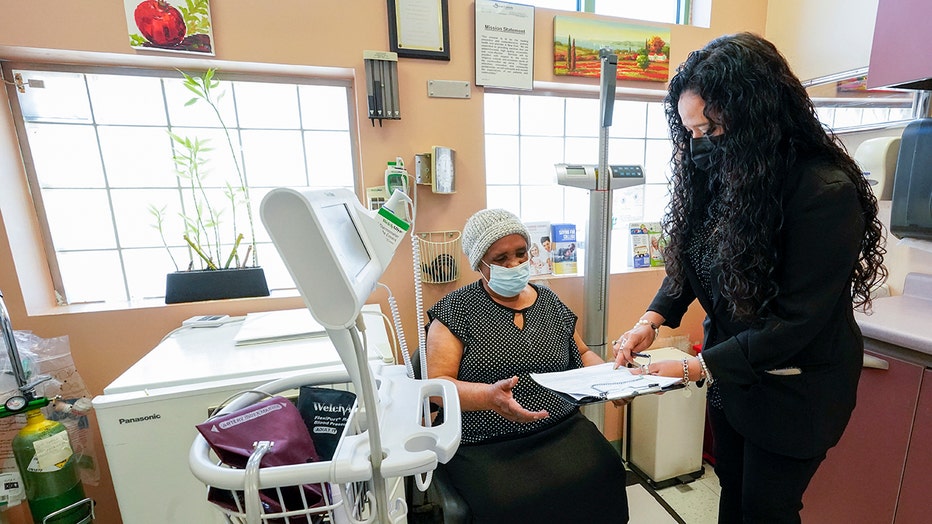 For some Latinos, delaying the vaccine often comes down to logistics, such as work schedules or fear of negative immigration consequences. A section of the neighborhood is also home to a community of Orthodox Jews, a group that, like white evangelical Christians, is also experiencing more vaccine skepticism.

Initially developed in the 19th century as a beach resort community, Far Rockaway today is poorer than most parts of the city, a mix of public housing, seaside apartment towers and suburban-style single-family homes, all physically isolated. Its inoculation rate stands in stark contrast with the situation a few miles west in Breezy Point, a whiter, more affluent section of the Rockaway Peninsula where 75% of people have received their first dose.

"Far Rockaway is always the forgotten community," said Michelle Chester, who was raised in the neighborhood and also happened to administer the very first COVID-19 vaccine dose in the state.

Local officials initially said limited access to vaccination sites is one factor contributing to the low numbers, though throughout May, there were at least four places where people were able to get shots in the 3 square miles (8 square kilometers) that constitute Far Rockaway. A large, state-run mass vaccination site is also just a few subway stops away, at Aqueduct Racetrack.

Still, Chester, who no longer lives in Far Rockaway but visits her mother there on weekends, said in early May that if there are convenient sites, "that information is not getting to the community."

The city opened a new vaccination hub near the neighborhood in April, hoping to boost access.

"Having the permanent site really helps push us in the right direction," Anderson said, but maintained that residents' hesitancy is driven by being "genuinely concerned." 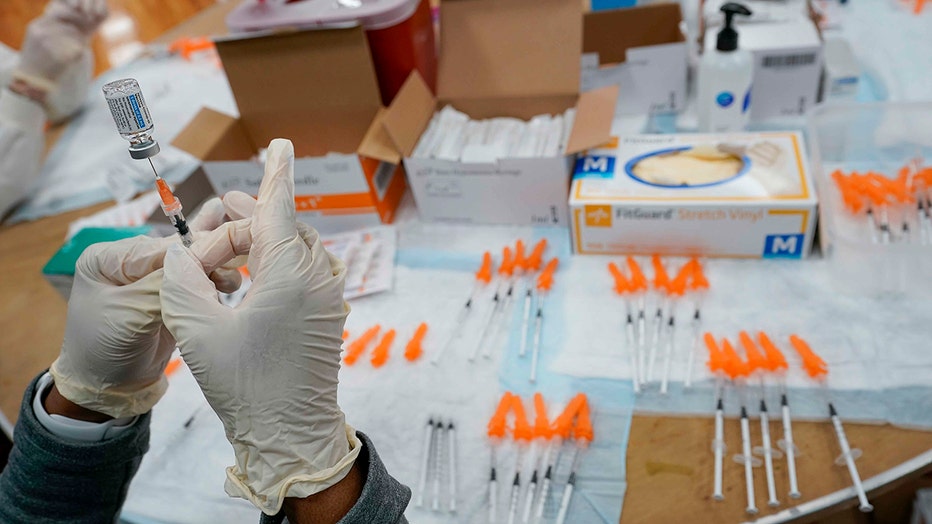 Misinformation has complicated vaccination efforts, especially among residents who are skeptical of the speed with which the vaccine was manufactured.

Marimar Alvarado, 24, has decided against getting the COVID-19 vaccine, along with the rest of her family. In Spanish, she referred to the vaccine as the "Mark of the Beast," an ominous sign in the New Testament's Book of Revelation, signaling the end times. The fringe conspiracy theory has spread among some Christians.

Somer Saleh, a family therapist at New Horizon Counseling Center in Far Rockaway, said that she noticed, among her vaccine-hesitant clients, that there's "misinformation on what the actual vaccine contains" and "wild conspiracy theories."

In Far Rockaway's Jewish community, some women are fearful of getting the vaccine because of debunked claims the vaccine affects fertility, said Moshe Brandsdorfer, executive director of the Jewish Community Council of the Rockaway Peninsula, which provides vaccine education through online outreach. He also noted that those who already had COVID-19 don't really feel the "urge" to get vaccinated.

People without legal status in the U.S. are also fearful of getting vaccinated because they're hesitant to give personal information, local health workers told The Associated Press. The brief pause on Johnson & Johnson's one-shot dose, while health authorities considered a potential link to rare blood clots, also turned people away, they said.

Some progress is being made. The Addabbo center's Far Rockaway branch has been vaccinating between 30-80 people a day. Earlier this month, it began offering additional vaccine slots on weekends, which is "helpful to capture the working-class people who can't afford to take off a weekday," Anderson said. Addabbo is seeing results from the weekend sessions. In one weekend alone in mid-May, more than 200 people got the vaccine at the clinic's Far Rockaway location.

Ramos said seeing other teachers getting vaccinated convinced her to get the shot.

Elva Rosario, 79, also received her second dose recently, saying she often walked by the vaccine site but didn't think the vaccine was necessary since she was never infected.

Rosario said she wasn't afraid of COVID-19, saying at her age the virus "hits you like a rock."

In some parts of New York, the city has hired people to go door-to-door promoting the shots. The state and city have also been offering incentives, ranging from free fries at Shake Shack to a week of free subway rides. To really ramp up vaccination rates, personalized outreach in the community is necessary, said Addabbo CEO, Miriam Vega.

"This final batch of people that we want to reach in order to reach herd immunity is going to take a lot of work," she said.

"It's the human one-on-one interaction that matters," she said.

In a tight-knit community like Far Rockaway, "if they don't see their neighbor getting the vaccine," he said, "they aren't getting it."