A Texas law enforcement official said the 18-year-old gunman who slaughtered 21 people at an elementary school entered the building "unobstructed" through a door that was apparently unlocked in a press conference on May 26, 2022.

An 11-year-old reportedly smeared blood on herself and went into "survival mode" during the Uvalde mass shooting on Tuesday, and her father tells Fox News Digital that the quick-thinking pre-teen is still shaken after having watched her teacher and classmates gunned down.

Miah Cerrillo, 11, survived the shooting but watched her friends and teacher being killed, according to her aunt, Blanca Rivera, who spoke with Click 2 Houston.

Cerrillo smeared blood on her face and went into survival mode after seeing her classmates shot to death, according to the report.

"My sister-in-law said is that [Miah] saw her friend full of blood, and she got blood and put it on herself," Rivera said. "My brother said she had bullet fragments in her back."

The 11-year-old had seemed to be okay until Tuesday night when she got home, and then had a panic attack.

"Around midnight, my sister-in-law called me and she was just crying like, ‘I think it just hit Miah. I think everything came to reality. We’re home, and she’s just crying and having a panic attack," Rivera said. 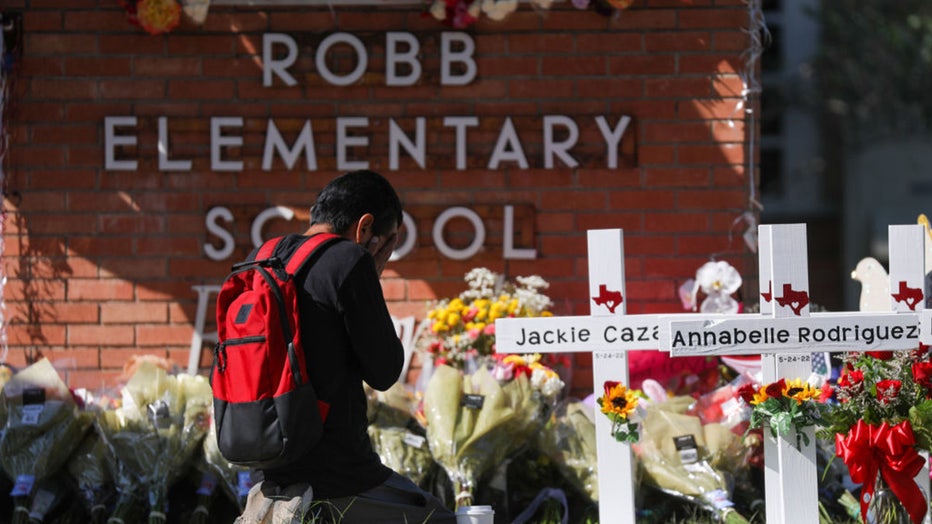 FILE - A man prays in front of a makeshift memorial outside Robb Elementary School in Uvalde, Texas, on May 25, 2022. (Yasin Ozturk/Anadolu Agency via Getty Images)

Miguel Cerrillo, the 11-year-old's father, told Fox News Digital that she is still "freaking out" about what happened on Tuesday.

He added that she is out of the hospital but is not sleeping well.

Salvador Ramos, the alleged gunman, killed 19 students and two teachers during the shooting inside Robb Elementary School in Uvalde, Texas.

A 9-year-old student told KENS 5 that the shooter said "it's time to die" after entering the classroom. 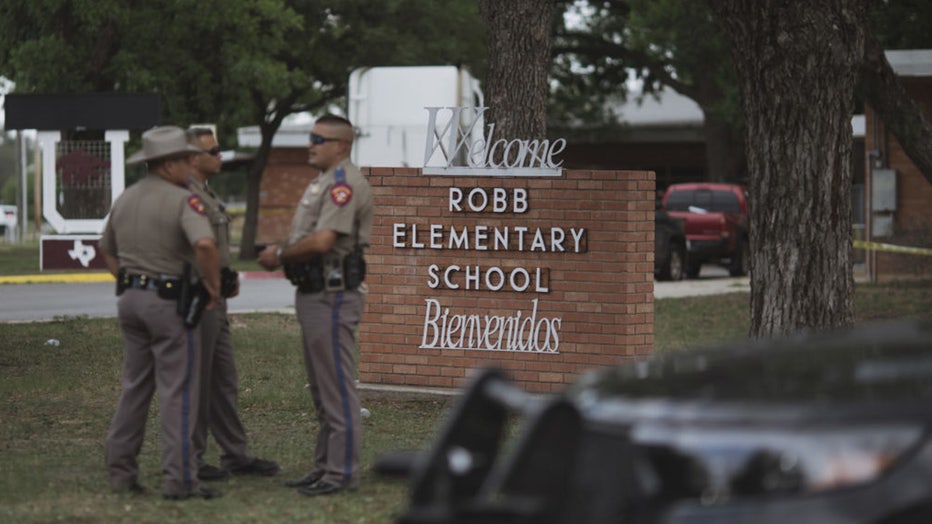 FILE - Texas state troopers outside Robb Elementary School in Uvalde, Texas, US, on Tuesday, May 24, 2022. (Eric Thayer/Bloomberg via Getty Images)

"He shot the next person’s door. We have a door in the middle. He opened it. He came in and he crouched a little bit and he said, 'It's time to die,'" the student told the station. "When he shot, it was very loud and it hurt my ear."

University Health hospital in San Antonio, Texas, said on Thursday morning that a 66-year-old woman, who's presumed to be his grandmother, is in serious condition.