KEY LARGO, Fla. - The 20th anniversary of the storied intentional sinking of a former Naval ship to become an artificial reef in the Florida Keys National Marine Sanctuary is being celebrated Tuesday in Key Largo.

The 510-foot-long (155-meter-long) Spiegel Grove earned international notoriety when it sank prematurely May 17, 2002, and landed with its upside-down bow protruding above the ocean’s surface about 6 miles (10 kilometers) off Key Largo. A massive remediation effort began, resulting in the former Landing Ship Dock being fully sunk on its starboard side June 10, 2002.

Three years later, strong currents and waves generated from Hurricane Dennis when it was east of Cuba pushed the ship into the intended upright position on the ocean bottom about 130 feet (40 meters) below the surface.

"Ultimately, the Spiegel Grove is a story that Hollywood would never have been able to script in a million years," said Rob Bleser, a Key Largo dive operator and the vessel's sinking project manager. 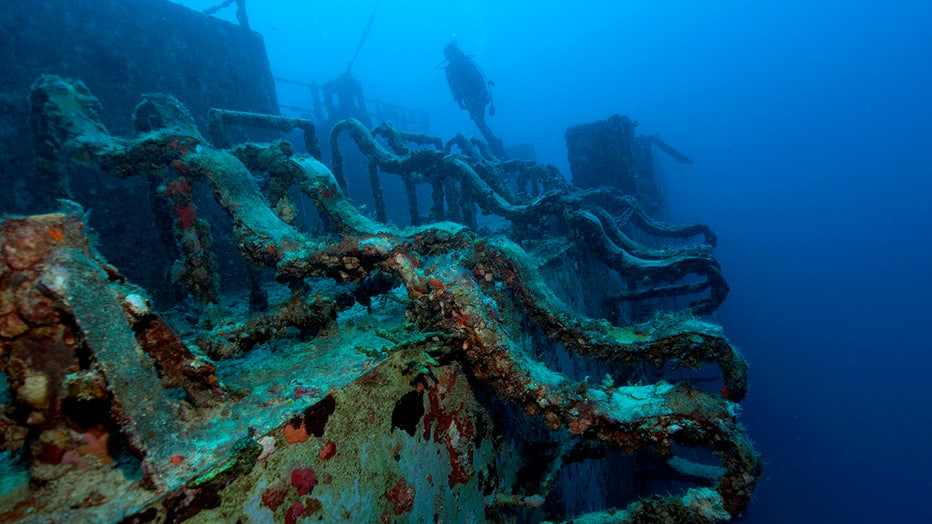 File: A scuba diver explores the shipwreck USS Spiegel Grove in Key Largo not long after it was sunk in 2002. (Photo by: Andre Seale/VW PICS/Universal Images Group via Getty Images)

Bleser and other key individuals are gathering Tuesday evening at a local cultural center for a reception and panel discussion on the fascinating events surrounding the ship.

On Sunday, divers affixed a commemorative plaque to the Spiegel Grove, sponsored by a group of Navy veterans who had served on it, that recognized the multimillion-dollar project’s supporters as, well as military personnel who were stationed on the ship commissioned in 1956. 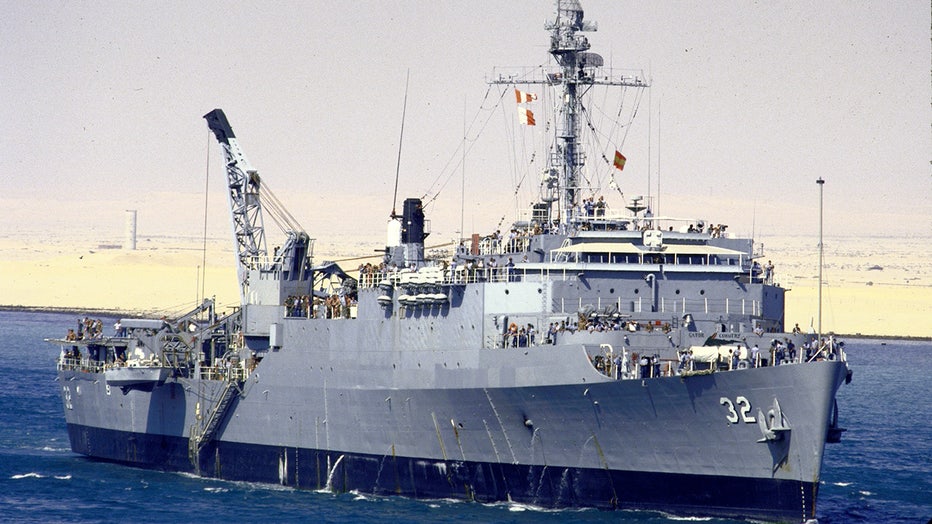 The USS Spiegel Grove sails through the Suez Canal toward the Persian Gulf in 1987. (Photo by Barry Iverson/Getty Images)

South Carolina resident Karen Berrios trained specifically as an advanced diver to experience the former military vessel on which both her late father, William Py, and uncle, Joseph Py, served during the 1980s Cold War era. She helped install the plaque that bears her family members’ names.

"So, when I went down, I was just trying to imagine myself kinda in my dad’s footsteps looking around," Berrios said. "Did he step here at one point of time, just like I am right today?"