Federal and state officials said this week they have seen no cyberattacks on voter registration systems nor “any systems involving voting” following reports about state voter data being posted on a Russian hacking forum.

In fact, a lot of this data is already publicly available, according to multiple officials.

An article by Russian newspaper Kommersant claimed that a user on a Russian dark web forum had obtained the personal information of 7.6 million voters in Michigan and voters in several other U.S. states. Russian-American journalist Julia Ioffe later tweeted a link to the article, which generated more than 12,000 retweets.

The FBI and the Department of Homeland Security's cybersecurity arm said in a joint statement they have seen no cyberattacks this year on voter registration databases or any systems involving voting. 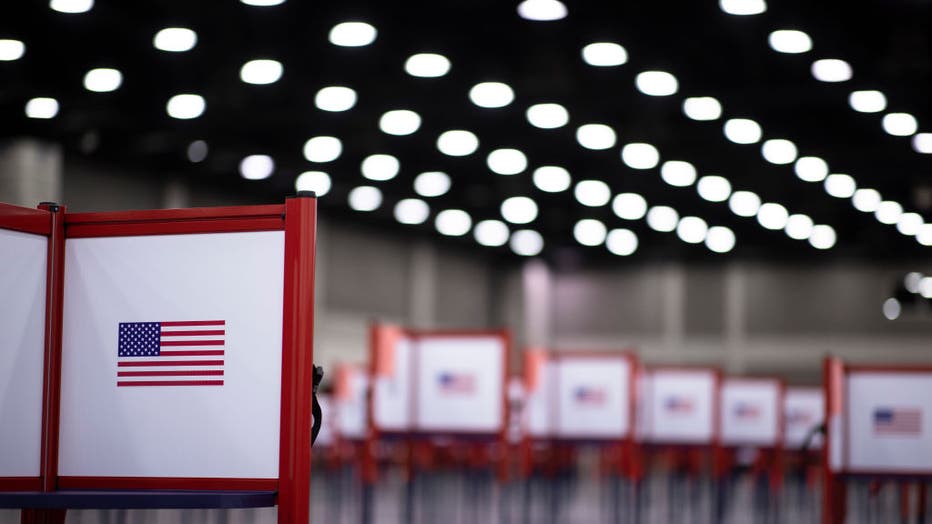 A voting booth during Tuesdays Kentucky primary election is shown on June 23, 2020 in Louisville, Kentucky. (Photo by Brett Carlsen/Getty Images)

“We closely coordinate with our federal, state and local election partners to safeguard our voting processes,” the agencies said. "Early, unverified claims should be viewed with a healthy dose of skepticism. More importantly, we encourage voters to look to trusted sources of info, in this case state election officials who have correctly pointed out that a lot of voter registration data is publicly available or easily purchased."

Officials from Michigan and Connecticut echoed the statement, urging voters to be wary of attempts to undermine public trust in the U.S. election system.

"Public voter information in Michigan and elsewhere is accessible to anyone through a FOIA request," Michigan's State Department said in a statement, referring to the Freedom of Information Act. "Our system has not been hacked."

Michigan officials encouraged all voters “to be wary of attempts to ‘hack’ their minds” by questioning their sources of information.

The office of Connecticut Secretary of State Denise Merrill also released a statement, noting that data of Connecticut voters alleged to be part of a "breach" is also publicly obtainable.

"All of the information reported by a Russian news outlet to be part of a ‘hack’ or ‘data breach’ is actually publicly available in Connecticut, and can be purchased from our office by anyone with $300," said Gabe Rosenberg, communications director for Connecticut Secretary of the State Denise Merrill.

"The danger of inflammatory stories like this one is the erosion of public trust in elections and election results. Our voter file was not breached, but Russia and other hostile foreign actors are trying to breach the confidence that American voters have in their civic institutions with misinformation," Rosenberg added.

President Donald Trump has made numerous claims in recent months about the risk of foreign influence on mail-in voting, a method more voters are expected to use in the November election due to the ongoing coronavirus pandemic.

But U.S. officials have found no intelligence to suggest that foreign countries are working to undermine mail-in voting, nor have they found signs of any coordinated effort to commit widespread fraud through the vote-by-mail process.

“They’d have to have the right paper stock, and of course all these things vary from one jurisdiction to another. We have a very decentralized system. There isn’t any one ballot that you would have to copy for every voter in the country. There are countless numbers of ballots, in all of the different jurisdictions with different state races, different local races on it,” Weintraub said.

“I don’t know any election official who thinks this is a credible threat,” she added.