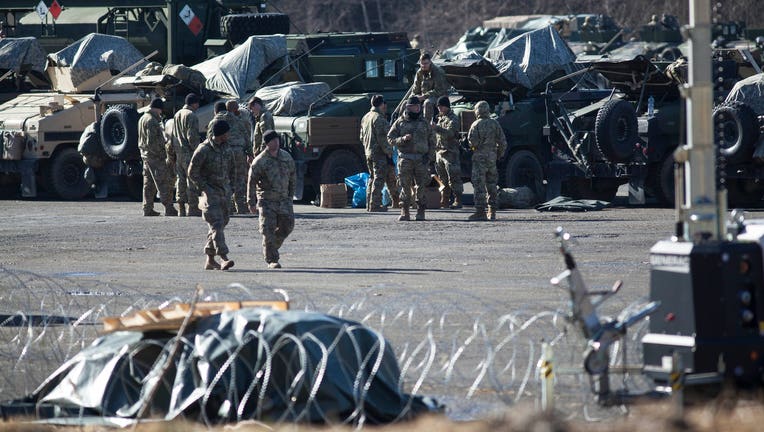 American soldiers sent to the Polish-Ukrainian border in connection with the crisis in Ukraine seen near arlamow on February 24, 2022. (Photo by Maciej Luczniewski/NurPhoto via Getty Images)

President Joe Biden said Wednesday that the U.S. will significantly increase its military presence in Europe for the long haul, including by establishing its first permanent presence in Poland, to bolster regional security after Russia’s invasion of Ukraine.

Meeting with NATO Secretary-General Jens Stoltenberg at the opening of the alliance’s annual leaders' summit in Madrid, Biden said "NATO is strong and united" and that steps to be taken during the gathering will "further augment our collective strength."

Biden opened his participation in the summit by announcing the permanent basing of a U.S. military garrison in Poland. He also said the U.S. is sending two additional F-35 fighter jet squadrons to the UK and will send more air defense and other capabilities to Germany and Italy.

"Today I’m announcing the United States will enhance our force posture in Europe and respond to the changing security environment as well as strengthening our collective security," he said.

Stoltenberg, who earlier Wednesday said the alliance was facing its biggest challenge since World War II because of Russia's aggression toward Ukraine, welcomed Biden's announcement.

"This really demonstrates your decisive leadership and strength in the trans-Atlantic bond," Stoltenberg said, thanking Biden for the "unwavering support from you and from the United States to Ukraine."

Biden said the U.S. will permanently station the U.S. Army V Corps forward command in Poland , a move that he said would strengthen US-NATO interoperability across the alliance's eastern flank. The move marks the first permanent basing of U.S. forces on NATO’s eastern edge. Biden added that the U.S. is also stepping up its rotational deployments of troops to Romania and the Baltic region. 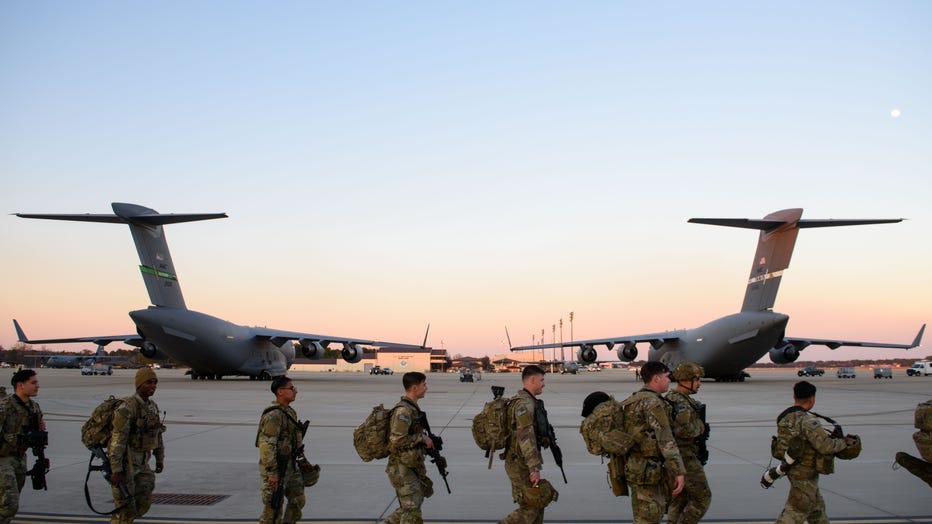 Celeste Wallander, an assistant U.S. secretary of defense for international affairs, told reporters that having a permanent presence in Poland will be key to helping NATO navigate the changed security environment in Europe caused by Russia's invasion. The U.S. supplies the bulk of NATO's military power.

U.S. officials emphasized that the permanent basing applied only to headquarters units, not combat troops, and was therefore consistent with a 1997 agreement between NATO and Russia in which the alliance agreed not to permanently base combat troops in Eastern Europe as it aimed to build more constructive ties in the post-Cold War environment.

Poland’s Deputy Foreign Minister Pawel Jablonski told Poland’s state PAP news agency that the decision to add U.S. command structure was a "manifestation of the ever closer cooperation between the U.S. and Poland" and would give give NATO allies a frontline insight into the Russian threat.

The combat units Biden is sending to Romania and the Baltic region are on rotational deployments, rather than permanent assignment, to remain in compliance with that agreement.

"There has been no communication with Moscow about these changes, nor is there a requirement to do that," John Kirby, a spokesman for Biden's National Security Council.

Biden announced on Tuesday after arriving for the summit that the U.S. would base two additional destroyers at its naval base in Rota, Spain, bringing the total number to six.

The U.S. currently has more than 100,000 service members deployed across Europe, up by about 20,000 since just before Russian President Vladimir Putin's invasion of Ukraine began four months ago.

Biden predicted that meetings this week would make for a "history-making summit" as leaders were set to approve a new strategic framework, announce a range of steps to boost their defense spending and capabilities, and clear the way for historically neutral Finland and Sweden to join NATO.

Biden said Putin thought NATO members would splinter after he invaded Ukraine, but got the opposite response instead. 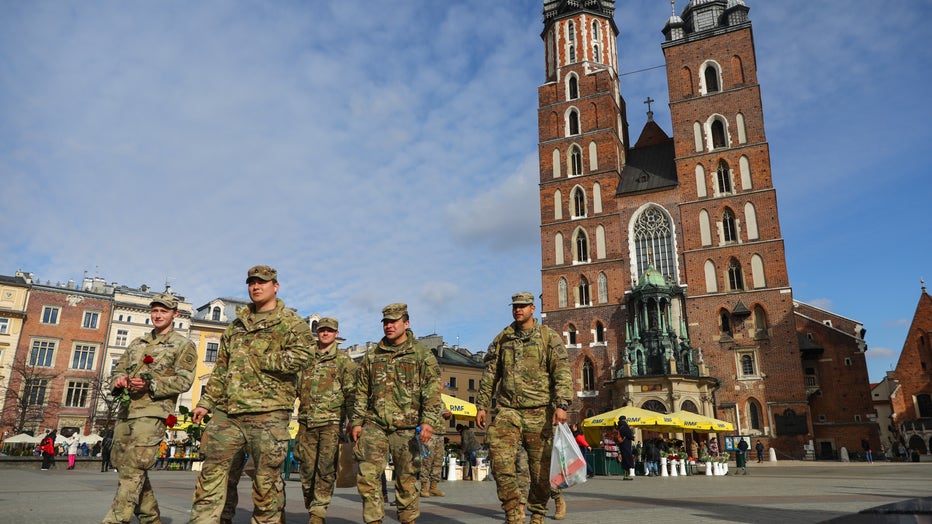 U.S. soldiers of the 82nd Airborne Division are seen visiting the Main Square in Krakow, Poland on March 8th, 2022.(Photo by Beata Zawrzel/NurPhoto via Getty Images)

Turkey, the last remaining holdout to approve the Nordic countries’ accession into NATO, reached an agreement on the eve of the summit late Tuesday to support adding them to the 30-nation alliance.

While the White House said the U.S. was not a direct party to the negotiations, a senior administration official said Biden spoke with Turkish President Recep Tayyip Erdoğan on Tuesday to encourage him to clear the way for Sweden and Finland to join. The two leaders are set to meet Wednesday afternoon to discuss other issues, the White House said.

Biden will also sit down Wednesday with South Korean President Yoon Suk Yeol and Japanese Prime Minister Fumio Kishida, who are attending the NATO summit as the alliance looks to strengthen its ties in the Indo-Pacific region and address challenges from China.