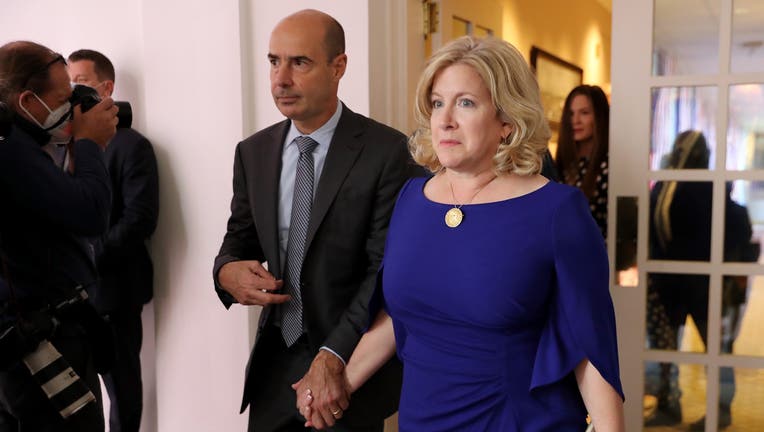 The U.S. Department of Labor said in a statement Tuesday that Mrs. Scalia is experiencing mild symptoms, but doing well.

Secretary Scalia received a test this evening, according to the Dept. of Labor, and his results were negative. They say he has experienced no symptoms.

"The Secretary and Mrs. Scalia will follow the advice of health professionals for Trish’s recovery and the health of those around them. For the time being, the Secretary will work from home while continuing to carry out the mission of the Department and the President’s agenda," officials said.

Secretary Scalia and his wife both attended the Rose Garden ceremony where President Donald Trump introduced U.S. Circuit Court Judge Amy Coney Barrett as his nominee to the Supreme Court at the White House on September 26, 2020.