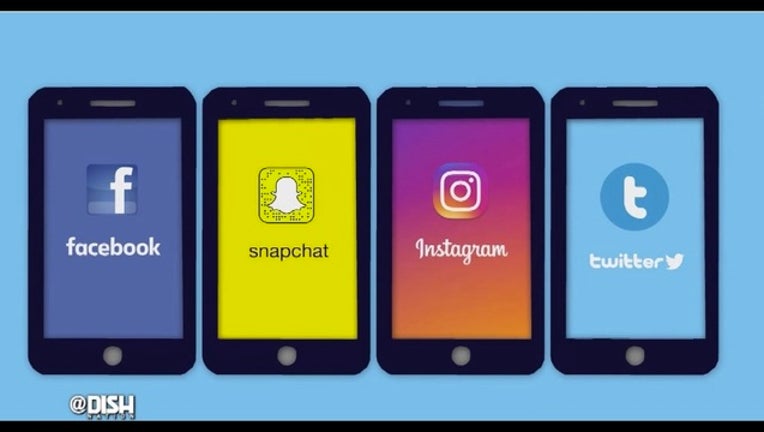 A USCIS statement explaining the change says fake accounts and identities will make it easier for investigators to search for potential evidence of fraud or security concerns as they decide whether to allow someone entry into the U.S.

The change in policy was preceded by other steps taken by the State Department, which began requiring applicants for U.S. visas to submit their social media usernames this past June, a vast expansion of the Trump administration's enhanced screening of potential immigrants and visitors.

It's unclear exactly how the creation of fake social media accounts would work given policies of platforms like Facebook and Twitter, which both specifically state that impersonation - pretending to be someone other than yourself - violates their terms of use.

Twitter and Facebook recently shut down numerous accounts believed to be operated by the Chinese government using their platforms under false identities for information operations.

"It is against our policies to use fake personae and to use Twitter data for persistent surveillance of individuals. We look forward to understanding USCIS's proposed practices to determine whether they are consistent with our terms of service," according to a Twitter statement. Facebook did not immediately provide comment.

Such a review of social media would be conducted by officers in the agency's Fraud Detection and National Security Directorate on cases flagged as requiring more investigation. The privacy assessment notes that officers can only review publicly available social media available to all users on the platform - they cannot "friend" or "follow" an individual - and must undergo annual training.

The officers are also not allowed to interact with users on the social media sites and can only passively review information, according to the DHS document.

While lots of social media activity can be viewed without an account, many platforms limit access without one.

Dave Maass, senior investigative researcher for the civil liberties advocacy group Electronic Frontier Foundation, said such use of fake accounts "undermines our trust in social media companies and our ability to communicate and organize and stay in touch with people."

He added: "It can't be this double standard where police can do it, but members of the general public can't."

Mike German, a retired FBI agent and a fellow in the Brennan Center for Justice's Liberty and National Security program said it's important for strong guidelines to be in place and for lawmakers to ask lots of questions to ensure there are no abuses.

"It's easy to conjure up a use where the use is appropriate and entirely necessary, but also where it could be abused," German said. "It should only be used in cases where absolutely necessary."

But a privacy impact assessment was required to be completed first.

Reached by phone on Friday, Johnson declined to comment.

Bipartisan support for additional background checks involving social media was initially spurred by the fallout of the 2015 San Bernardino attack, which resulted in 14 people's deaths.

In that case, the shooter Syed Rizwan Farook's wife Tashfeen Malik gained entry to the U.S. on a fiancée visa - a process that did not involve a social media check.

The day after the attack, Facebook found a post on a page maintained by Malik pledging her and Farook's allegiance to the leader of the Islamic State group. The page was under an alias. Authorities have said Malik and Farook exchanged messages about jihad and martyrdom online before they were married and while she was living in Pakistan.

The two ultimately died in a gun battle with police.