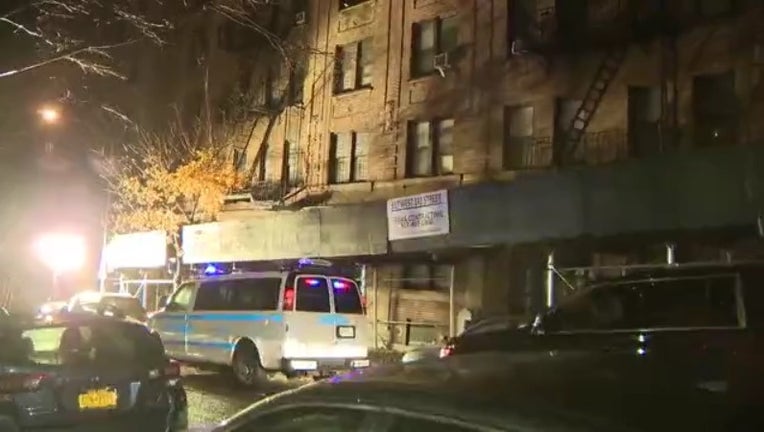 More than 100 people were forced out of their apartments due to a fire.

NEW YORK - More than 100 people were displaced from their homes and two firefighters were injured after a five-alarm fire in Upper Manhattan, according to authorities.

The New York Post reported that the fire broke out at around 1:35 a.m. inside an apartment building at 617 West 141st Street in Hamilton Heights.

It took more than 200 firefighters and EMS personnel to bring the flames under control just after 6 a.m.

Authorities say the fire spread into the building's top floor and cockloft - the area between the ceiling and roof of the building - and was extremely difficult to put out.

According to the Red Cross, 37 families totaling 109 people were displaced as a result of the fire.

No residents are currently being allowed to reoccupy the building. The Red Cross has set up emergency assistance at a center set up at the nearby PS 192 at 500 West 138th Street, where victims can get food, relief items, health assistance, and emotional support, along with help with their next steps.

Barely 30 minutes after the fire in Hamilton Heights, another fire broke out on the third floor of a six-story building in Bay Ridge, Brooklyn.

One person was injured and hospitalized in critical condition.

A 5 alarm fire forced more than 100 people out of a New York City apartment building.