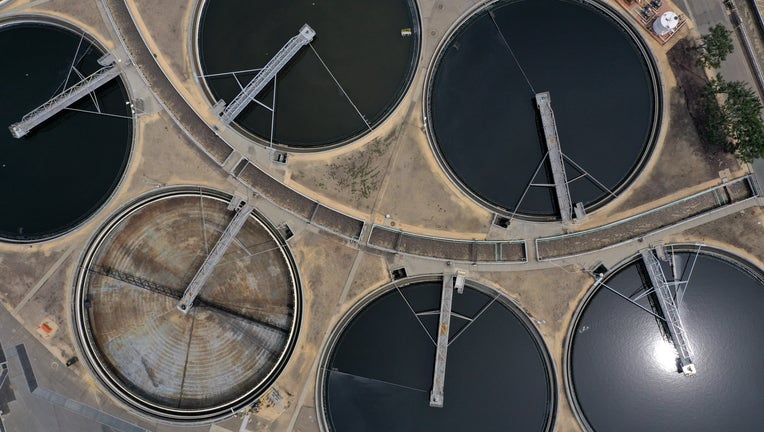 SALT LAKE CITY (AP) - Days after he crossed the country to start college, Ryan Schmutz received a text message from Utah State University: COVID-19 had been detected at his dorm.

Within 10 minutes, he dropped the crepes he was making and was whisked away by bus to a testing site.

“We didn’t even know they were testing,” said Schmutz, who is 18 and from Omaha, Nebraska. “It all really happened fast.”

Schmutz was one of about 300 students quarantined to their rooms last week, but not because of sickness reports or positive tests. Instead, the warning bells came from the sewage.

Colleges across the nation — from New Mexico to Tennessee, Michigan to New York — are turning tests of waste into a public health tool. The work comes as institutions hunt for ways to keep campuses open despite vulnerabilities like students' close living arrangements and drive to socialize. The virus has already left its mark with outbreaks that have forced changes to remote learning at colleges around the country.

The tests work by detecting genetic material from the virus, which can be recovered from the stools of about half of people with COVID-19, studies indicate. The concept has also been used to look for outbreaks of the polio virus.

Sewage testing is especially valuable because it can evaluate people even if they aren’t feeling sick and can detect a few cases out of thousands of people, experts say. Another wastewater-flagged quarantine of 300 students at Arizona State University, for example, turned up two cases. Both were students who were asymptomatic, but they could potentially still have spread the virus.

“That’s just tremendously valuable information when we think about the setting of a college dorm, and how quickly this disease can spread through that population,” said Peter Grevatt, CEO of The Water Research Foundation, which promotes studies of water and wastewater to ensure water quality and service.

Wastewater tests also flagged the possible presence of the virus at University of Colorado residence halls.

Utah has used the method more widely, including to track an outbreak at a meatpacking plant. The British, Italian and Dutch governments have also announced similar monitoring programs, and the Massachusetts-based company Biobot tests wastewater from cities around the country.

The method remains imprecise, though. It can spot infection trends, but it can’t yet pinpoint how many people have the virus or the stage of infection. That means it's not yet quite as useful on a larger scale in cities, which don’t always have a university’s scientific resources or ability to require people to get tested.

The technology is being closely studied, though, and it is evolving rapidly, Grevatt said, adding that it's best used along with other methods like contact tracing.

It's not a panacea for colleges either. Utah State, for example, can only closely monitor sewage from the relatively small portion of students who live on campus — not the thousands of other people who come and go every day. The university has an enrollment of about 28,000.

And this week, Utah State's positive wastewater test could be narrowed only as far as four residence halls that share the same sewer system. The test came back positive late Aug. 29, and the quarantine started the next day. Students were required to stay in their rooms, eating meals delivered by a “COVID care” team and barred from walking more than a few steps outside the residence hall.

RELATED: UN health agency says no COVID-19 vaccine will be endorsed before it's safe and effective

A sports bar near the University of South Carolina in Columbia was seen packed with students on September 3, reportedly defying the university’s COVID-19 restrictions.

The buildings are laid out in apartment-style suites, and students were released from quarantine in small groups if every roommate in a suite tested negative. The tests had turned up four coronavirus cases as of Thursday.

Schmutz, who tested negative along with his roommates, didn't miss much in-person class time during his four-day quarantine.

But he’s a little disconcerted that he and his family weren’t told about the sewage testing. “It felt like we were kind of out of the loop on everything. It’s definitely hard to process,” he said.

Utah State has heard from parents and students similarly frustrated, though many others are grateful, spokeswoman Emilie Wheeler said. “They see it as a noninvasive early detection system,” she said.

The program is relatively inexpensive, too. The school takes samples daily to monitor several living areas, and the tests are run by a team of students.

“Wastewater has a story to tell about the public health status of communities,” Grevatt said. “There’s so many folks working on this right now. It’s just remarkable to see how quickly it has moved forward.”