Thursday's launch of a ULA Atlas V carrying Boeing's Starliner spacecraft was crucial, not just for NASA and for Boeing, but for space exploration. NASA contracted with two private companies to be able to send astronauts to the International Space Station. So far, SpaceX has proven it can do that. All eyes are now on Boeing.

On Wednesday, teams rolled the 172-foot-tall Atlas V and Starliner from the hangar to the launchpad, Space Launch Complex-41, at Cape Canaveral Space Force Station. After the 1,800-foot journey, the vehicle was prepped for lift-off and begin fueling.

The Orbital Flight Test-2 is the final step before a test flight with astronauts later this year.  The spacecraft's commander seat is occupied by a manikin named "Rosie the Rocketeer." Her seat will be outfitted with sensors to collect data and better understand what human astronauts will experience.  You can read more about the OFT mission and see photos from Thursday's launch here. 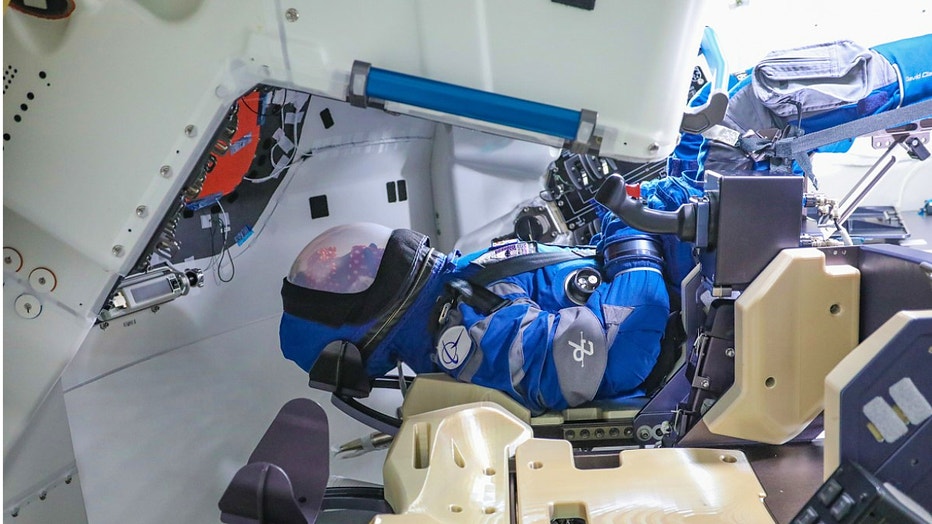 "Rosie" is Boeing Space's anthropometric test device. Rosie is traveling inside the Starliner spacecraft throughout OFT-2, collecting data from sensors placed along the seat pallet – the infrastructure that holds all the crew seats in place. [NASA]

This is Boeing's third attempt to complete the orbital flight test since 2019.  Starliner will dock at the ISS around 7 p.m. Friday or 24 hours after launch if all goes well.