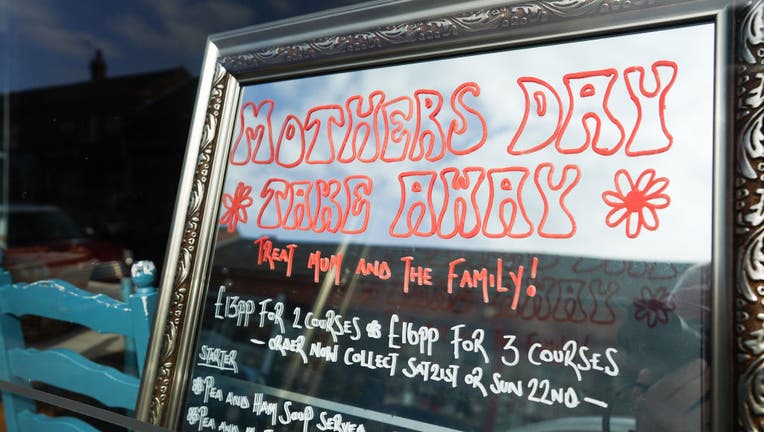 LONDON (AP) — Sunday is Mother’s Day in Britain and the government has a stark message for millions of citizens: Visiting your mom could kill her.

In a message to the nation, Prime Minister Boris Johnson implored Britons to forego the day's traditional family visits, parties and Sunday lunches since authorities could not "disguise or sugarcoat the threat” posed by the coronavirus pandemic.

“If your mother is elderly or vulnerable, then I am afraid all the statistics show that she is much more likely to die from coronavirus,” he said. “This time, the best thing is to ring her, video call her, Skype her, but to avoid any unnecessary physical contact or proximity.”

As Britain struggles with how strongly to crack down on residents' movements to fight the spread of COVID-19, Johnson has been accused of sending mixed messages. On Friday, he said he hoped to see his 77-year-old mother on Mother’s Day. His office later said he would speak to her by Skype.

Some sons and daughters left Mother’s Day bouquets on doorsteps, speaking to their mothers from outside. Other families planned to sit down for a meal at the same time but in different homes, linked by FaceTime or Skype.

Middle Eastern countries faced the same dilemma when they celebrated Mother’s Day on Saturday. Many people took to social media to lament the fact that they would not be able to visit family members, while others thanked mothers who spent the holiday working as doctors or nurses. One popular online greeting card praised mothers as the original advocates of hand-washing.

The U.K. government is scrambling to toughen its response to the coronavirus outbreak amid criticism it did not act quickly enough to close schools, pubs and restaurants. Britain has 5,018 confirmed cases of the virus and 233 deaths but is following a similar contagion path to hard-hit Italy, which now has the most virus deaths in the world at 4,825.

Johnson warned late Saturday that Britain will face a crisis on the scale of Italy’s in just two or three weeks, saying the health system will be “completely overwhelmed” if people do not heed instructions to stay home and avoid contact with others now.

For most people, the new coronavirus causes only mild or moderate symptoms, such as fever or coughing. For some, especially older adults and people with existing health problems, it can cause more severe illness, including pneumonia. Worldwide some 312,000 people have been infected and over 13,000 died from the virus, while 93,000 have recovered.

As the virus upends daily life in Britain and around the world, authorities, charities and individuals are seeking ways to make people feel less isolated.

The British government has told up to 1.5 million sick and elderly people considered the most vulnerable to stay home for at least 12 weeks due to the virus. Special deliveries of groceries and medicine for those in isolation will brought in by public agencies, the military, food retailers and volunteers.

Churches across Britain held services Sunday without congregations, streaming them online. Archbishop of Canterbury Justin Welby, head of the Church of England, led a service on national radio, urging people at home to join in with the prayers and hymns. ___