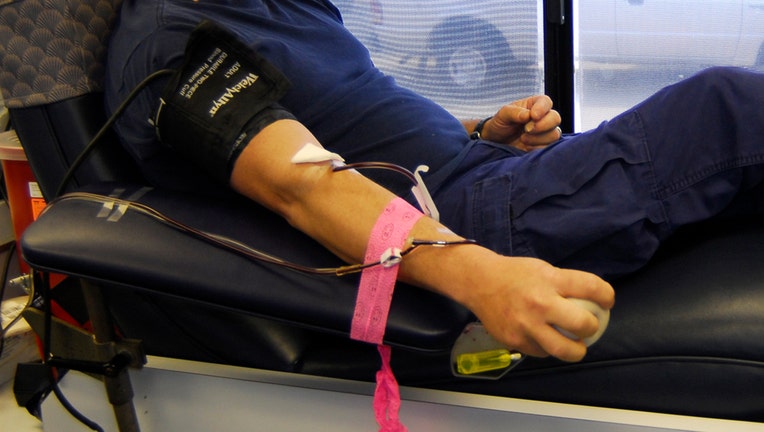 LONDON (AP) - The World Health Organization on Monday cautioned that using blood plasma from COVID-19 survivors to treat other patients is still considered an experimental therapy, voicing the concern as a U.S. boost for the treatment has many scientists afraid formal studies will be derailed.

On Sunday, the U.S. Food and Drug Administration authorized what's called "emergency use" of the treatment under its special powers to speed the availability of promising experimental drugs during a public health crisis. The action isn't the same as approving plasma as safe and effective, and numerous rigorous studies are underway to find out if it really works.

So far, "The results are not conclusive," WHO's chief scientist Dr. Soumya Swaminathan said during a press briefing. "At the moment, it's still very low-quality evidence."

Convalescent plasma is a century-old treatment that was used to fight off flu and measles outbreaks in the days before vaccines, and was tried more recently during the Ebola outbreak. When the body encounters a new germ, it makes proteins called antibodies that are specially targeted to fight the infection. The antibodies float in plasma — the yellowish, liquid part of blood — which is collected from COVID-19 survivors and given to patients infected with coronavirus.

Swaminathan said WHO considered plasma therapy to be experimental and that it should continue to be evaluated. She said the treatment is difficult to standardize: Plasma must be collected individually, and people produce different levels of antibodies.

"Of course, countries can do an emergency listing if they feel the benefits outweigh the risks," she said. "But that's usually done when you're waiting for the more definitive evidence."

In a letter describing the FDA's emergency action, the agency's chief scientist said the treatment "should not be considered a new standard of care" for coronavirus infections, and that more data from studies will be available in the coming months.

But already, so many COVID-19 patients have requested plasma rather than agreeing to be part of a research study that many scientists fear they won't get a clear answer on whether the treatment really works -- and if it does, how and when it should be used for the best outcomes.

Martin Landray, of the University of Oxford said that while the therapy offers "huge promise," there was still no proof it works.

"There is a huge gap between theory and proven benefit," he said in a statement.

If just a few thousand patients took part in the research "we would have the answer," said Landray, who is conducting a plasma study in the U.K. "If effective, convalescent plasma could be rapidly used worldwide. If not, it could be abandoned."

Stephen Griffin, an associate professor of medicine at the University of Leeds, said there was still considerable uncertainty about the immune system's response to COVID-19, making any potential use of convalescent plasma challenging.

The FDA's action was announced during a Sunday press briefing by U.S. President Donald Trump, who called it a "breakthrough."

"It appears that the lessons from hydroxychloroquine have not been learned," Griffin said, referring to the malaria drug touted by Trump and others as a potential treatment for the coronavirus.

The FDA also granted hydroxychloroquine an emergency authorization before suspending it months later after several trials showed the drug didn't work against COVID-19 and raised the risk of heart, kidney, liver and other problems.