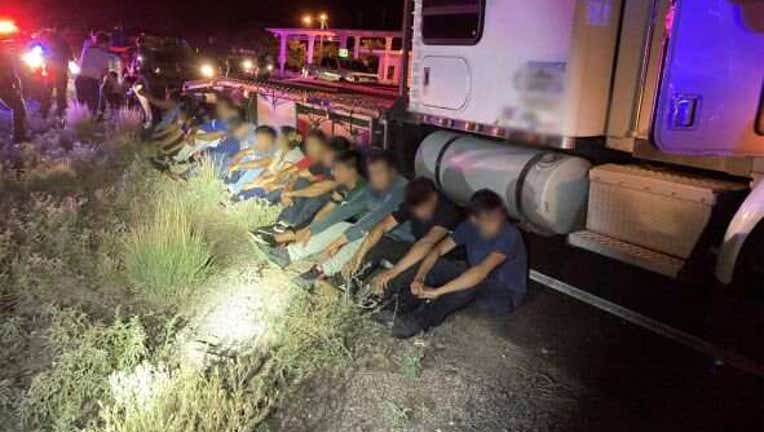 A pair of teenagers were arrested for allegedly attempting to smuggle nearly two dozen illegal aliens into the U.S. in a semi-tractor-trailer.

According to U.S. Customs and Border protection, the truck was stopped near Douglas, Arizona on Wednesday night and Border Patrol agents found 22 Mexicans and one Guatemalan inside. All were documented to be in the United States and ranged in age from 16 to 69 years old.

One of the Mexicans in the group was processed for a history of extensive immigration violations, while the others were expelled from the United States.

The driver and passenger of the truck, both underaged and U.S. citizens, were arrested.

“Criminal organizations target vulnerable populations, including the youth in border communities, to facilitate human and narcotics smuggling,” the CBP said in a statement.