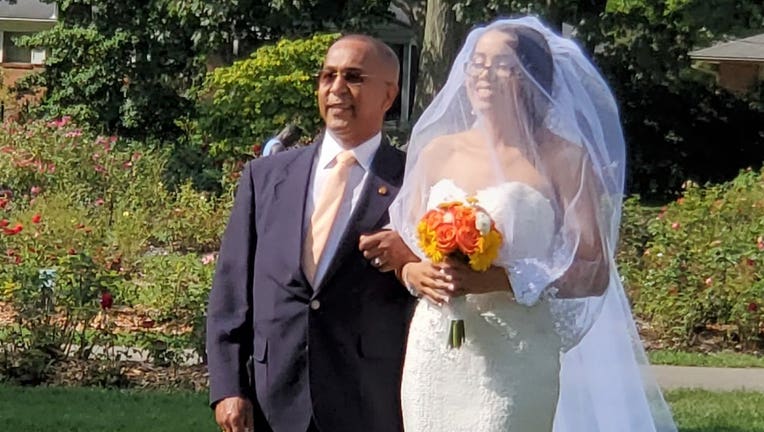 Narolin Cepeda was escorted down the aisle by her father, Marino. (Photo courtesy of Christopher Cepeda)

NEW JERSEY - Transportation Security Administration employees saved a bride's big day after her wedding dress was left behind at an airport security checkpoint.

The bride's mother forgot the take the red roller bag holding her daughter's gown and mom's dress after she cleared security at New Jersey's Newark Liberty International Airport and boarded a flight to Columbus, Ohio, earlier this month, the TSA said.

The bride's brother, Christopher Cepeda, filled out a lost and found form online because the wedding was set for the following day.

"As soon as I submitted the request, we lost hope of retrieving the luggage on time for the wedding,” Cepeda said. The website indicated the response time was about five days.

Nathan-Gordon put herself in the bride’s shoes. “I could only imagine how stressful that would have been for me if my mom would have left the dress behind. I would have freaked out,” she said.

Cepeda paid to ship the bag overnight and it arrived at 8:55 a.m. for his sister to walk down the aisle.

“She literally saved my sister’s wedding,” Cepeda said. “If it wasn’t for her, everything would have been a disaster.”