ATLANTA - With less than six weeks until Election Day, President Donald Trump is looking to chip away at Democrats’ advantage in Georgia with a new plan focused on “economic empowerment” for Black Americans.

Trump visited Atlanta on Friday for a campaign event and unveiled his plan to increase access to capital for Black Americans.

"I"m here today to announce a brand new plan to deliver more oppportunity, more security, more fairness, and more prosperity to Black communites. We call it the Platinum Plan, and that's a contract with Black Americans," Trump said in his address.

The "Platinum Plan" highlights several areas the president plans to focus on in his second term if re-elected, including a pledge of 3 million new jobs for the Black community and creating 500,000 new Black-owned businesses in the U.S. 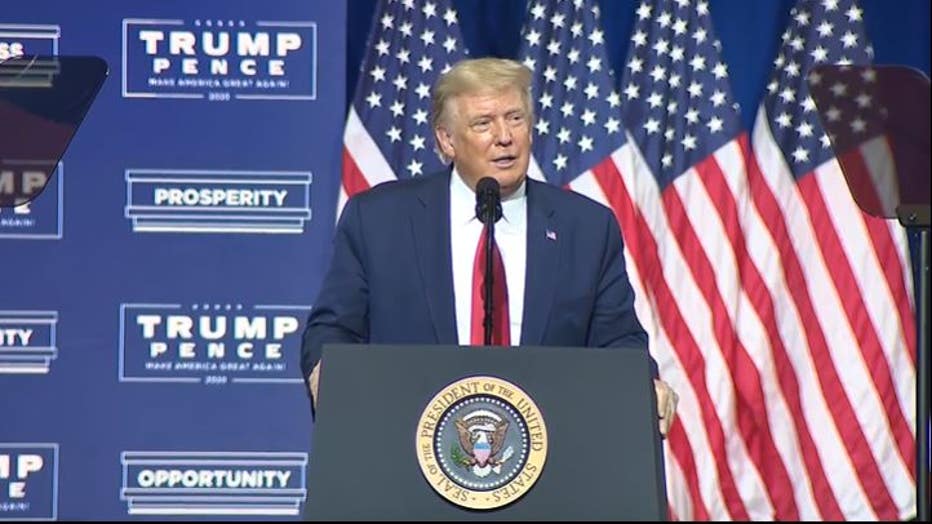 The campaign says it will seek “alternative ways to build credit including rent, utilities, and phone bills” and “increase opportunities for small business lending and technical assistance” through Community Development Financial Institutions (CDFI), which are private financial institutions that aim to help low-income and other disadvantaged people and communities with affordable lending.

The campaign also vows to make Juneteenth a national holiday, which would require action by Congress, and to “prosecute the KKK and ANTIFA as terrorist organization.”

"I will always put Americans first and that includes Black Americans," Trump said. "Together we will fulfill our contract with Black America and we will pass the Platinum Plan into law and we'll do it quickly and easily."

Black unemployment did reach a low last year, but much of the progress came during the Obama administration, according to a fact check by the Associated Press. Household median income also was higher for Black Americans prior to Trump taking office.

Real Clear Politics shows a single point spread between Trump and Democratic challenger Joe Biden. And while Georgia is now considered a battleground state, Republican strategist and Georgia Gang panelist Janelle King predicts Trump will see more than double the support from black Georgians this November, compared to 2016 when he earned less than ten percent of the black vote.

This estimate is notably in contrast to local polls, which show African Americans overwhelmingly backing Biden.