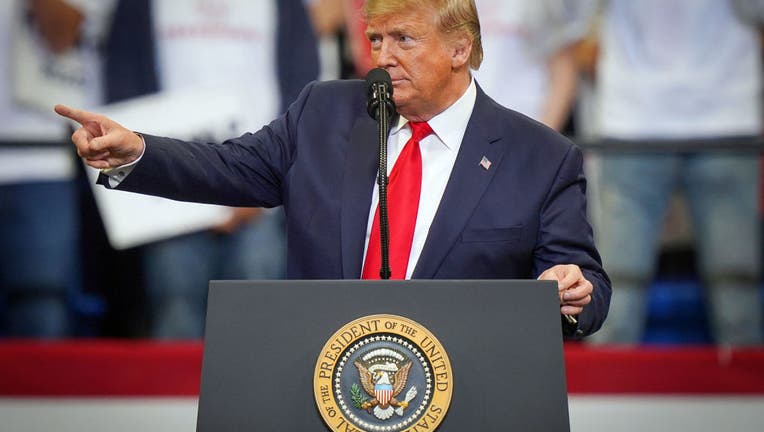 LEXINGTON, KY - NOVEMBER 04: U.S. President Donald Trump speaks during a campaign rally at the Rupp Arena on November 4, 2019 in Lexington, Kentucky. The president was visiting Kentucky the day before Election Day in support of Republican Gov. Matt B

United War Veterans Council Chairman Douglas McGowan announced Wednesday that Trump will offer a tribute at the opening ceremony of Monday's 100th annual parade. McGowan says presidents have always been invited to the parade but that as far as he knows Trump is the first to accept.

The council says it's honored Trump has agreed to join its tribute to "the men and women who have served our nation."

The White House hasn't responded to a request for comment.

More than 25,000 parade participants including veterans and active duty military personnel and their supporters are expected to march along Fifth Avenue.